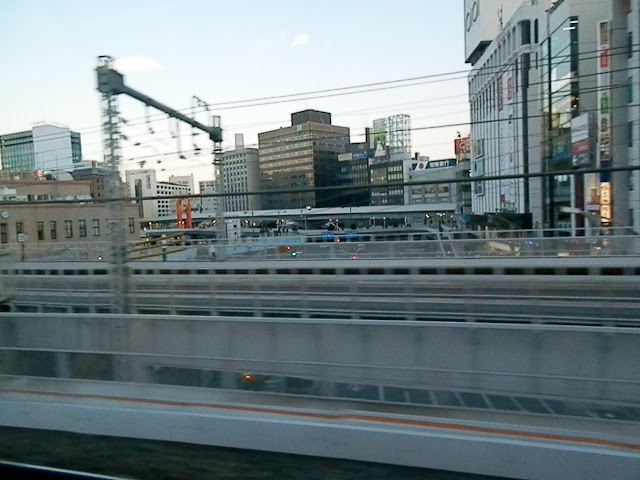 Year after year, those who experienced WWII are gone in Japan, too.

But there are still some old people who experienced the war against the U.S. as children.  One author wrote about his memory.

He was born and raised in a residential district in Tokyo.  He was in a lower grade of an elementary school, about 8 years old.  He observed Tokyo being under air raids by US bombers.  And in the early summer of 1945, finally his house caught fire due to bombs dropped by US bombers.  Then, his family evacuated Tokyo.  They traveled west by train, as railway systems were somewhat operated despite fierce air raids, though the train was so crowded.  They settled in a town in mountains west of Nagoya, though Nagoya was also severely devastated by air raids.

At the time, there were many children and families who evacuated Tokyo, Nagoya, and other large cities to avoid American air raids.  Some of them had a hard time living in local areas where they were sometimes mere strangers.  But the evacuation home for the boy and his family was a house of their relatives.

And, the war ended on August 15, 1945.  Months later, his family decided to go back to Tokyo.  They got on a train in a kind of post-war mess and arrived at the Tokyo station, taking long hours in the train so crowded with ex-soldiers of the Imperial military.  There they had to take a transfer.  The family was walking a corridor of the Tokyo Station.  Then the boy saw a tall American soldier walking toward the family.  The soldier was munching an apple.  The boy watched intently the American soldier, though not because he wanted the apple.  He thought that the soldier was gnawing it like a monkey.

The boy later graduated from the University of Tokyo to be a teacher of German in some universities, and then eventually became an author.

Year after year, authors in Japan who experienced WWII are dying out.  And nobody remembers that a boy was given a half-eaten apple by an American soldier in a corridor of Tokyo Station in autumn of 1945.


Mat 1:15 And Eliud begat Eleazar; and Eleazar begat Matthan; and Matthan begat Jacob;
Mat 1:16 And Jacob begat Joseph the husband of Mary, of whom was born Jesus, who is called Christ.

Posted by EEreporter at 1/16/2016 11:53:00 PM Links to this post
Email ThisBlogThis!Share to TwitterShare to FacebookShare to Pinterest

"great in the sight of the Lord" - God Knows Tomorrow 
There is a story on the Wall Street.

A low-key worker in the Wall Street one day got a newspaper of the next day.  The one-day future newspaper showed what stocks went up the day before, namely the day when he happened to bought the newspaper in the morning.

Accordingly on the day and the next day he could achieve a good record in his business of selling and buying stocks for his clients.  It happened once a week or so.  The low-key worker in the Wall Street drew big attention as time went by, since the stocks he recommended his clients to buy or sell always brought big returns.

But he kept his low-key style of life, because he was afraid that his becoming flashy would make God angry.  The secret that he could buy, once a week or so, a newspaper of the next day at a kiosk of a station where he got on a train to New York every morning, was kept secret for months and years.  And he only used this secret information to his client accounts but not for himself, though his salary went up drastically.

But one day, a newspaper he bought at the kiosk presented an obituary article of him; it was a newspaper one week later.  It meant he would die one week later.  He got shocked and his heart stopped for a minute.  He was carried to a hospital.  However, his life was saved at the time.  But he decided to stay in the hospital for a week, so that he would not die a week later.

However, he died one week later, after confessing his secret to one fund manager who happened to come to visit him in his hospital room.  The low-key worker wanted to quit the company he was working for and become a partner of the fund manager's company.  So, he told the secret, though he could not avoid the ominous prophecy.

To make this story short, it is akin to a story Christ Jesus told.  One night a very rich man amused himself by thinking how rich he was and planning to build another barn to store his wealth.  But God said to him, "How foolish you are!  It was already decided that your life is taken away tonight."

Nobody knows what tomorrow will be.  But God must know it.  Then we have to obey God.

But if you think God does not exit, you should think there is perfectly nobody that knows tomorrow.  Then you may even work in the Wall Street against the teaching of Christ Jesus.

If you believe in God, you should think God knows what will happen tomorrow.  So, God might teach it to some believers.  But if you are shown by God what stocks will rise, you will not buy them today, since it is against the teaching of Christ Jesus: "Hate money but love God."

So, the low-key worker of the Wall Street must have been mistaken for some believer by an angel.  And the mistake must have been corrected eventually.


Luk 1:15 For he shall be great in the sight of the Lord, and shall drink neither wine nor strong drink; and he shall be filled with the Holy Ghost, even from his mother's womb.
Luk 1:16 And many of the children of Israel shall he turn to the Lord their God.
Posted by EEreporter at 1/15/2016 11:22:00 PM Links to this post
Email ThisBlogThis!Share to TwitterShare to FacebookShare to Pinterest 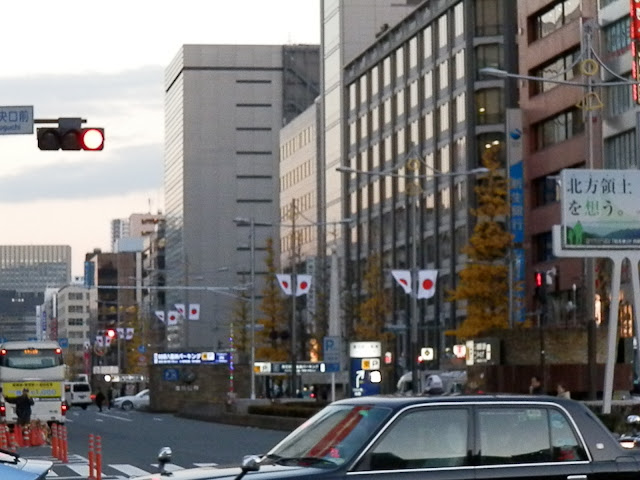 
Christ Jesus did not discuss religious matters with scholars and knowledgeable persons but He taught poor people without learning.

It is significant as He also said, "I praise God since He hides precious things from scholars but presents them to little children."

No matter how much you accumulated expert knowledge and developed academic talents, it is useless.  The most important things are what little children can perceive.  With accumulation of worldly experiences and knowledge, men lose the ability to perceive something important.

Likewise, when a man is poor, he must have ability to perceive something important for humanity.  But as he earns and accumulates money, he must lose the ability.

Sometimes a rich scholar is surprised to see that a poor man understands the essence of religion, art, or even social science that he discovers after long study and work.  Such a scholar might say, "It's a surprise that such a poor man without academic background understands deep truth that I can grasp after long research!"

The truth is simple.  But cheap tricks are everywhere.  However, little children and poor men are kind of sheep among a pack of wolves.  So Christ Jesus told to be obedient like doves and wise like snakes.  But He also said, "Don't give pearls to pigs!"

It might apply to civilization.  If it should survive, it should not neglect poor and weak members.  It should respect spiritual pearls they have.  Otherwise, wolf-like members of a civilization would destroy it.   Avarice and greed may destroy a civilization.

Mar 1:14 Now after that John was put in prison, Jesus came into Galilee, preaching the gospel of the kingdom of God,
Mar 1:15 And saying, The time is fulfilled, and the kingdom of God is at hand: repent ye, and believe the gospel.
Posted by EEreporter at 1/15/2016 12:34:00 AM Links to this post
Email ThisBlogThis!Share to TwitterShare to FacebookShare to Pinterest

"And after they were brought to Babylon" - IF Elected as President after JFK, Clinton or Obama 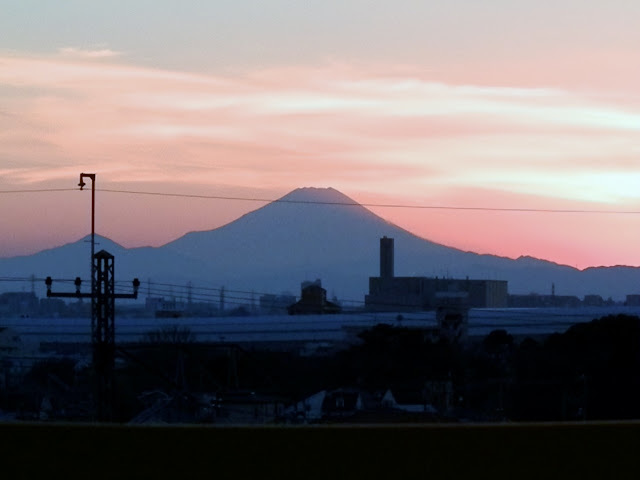 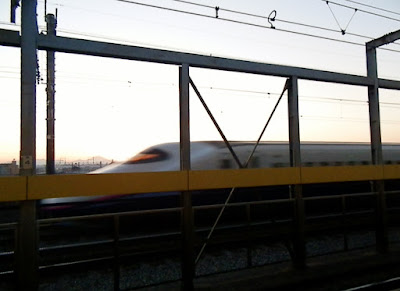 Mt. Fuji observed from around Tokyo


IF Elected as President after JFK, Clinton, or Obama


The world changed drastically with the Vietnam War after WWII.

The Vietnam War seems to have been ominously promised in the wake of the assassination of President Kennedy in 1963.  Through the Vietnam War, the moral code of the US radically changed, triggering the collapse of the traditional value system throughout the world.

Then the IT revolution or the Internet revolution in late 1990s caused another big moral change in the US along with the presidency of Bill Clinton who admired JFK so much.  However, soon after the end of the Clinton Administration, the US was directly attacked by Al Qaeda led by Osama bin Laden.  The terrorist group was expanding its activities while Bill Clinton was in the White House.  The 9/11 Terror of 2001 totally changed the paradigm on security in the US and the West.

Finally in 2008 the first African American President Barack Obama was elected.  Obama was strongly supported by the Kennedy family though he competed with Hillary Clinton to be the Democratic presidential nominee.   The significance of Obama's presidency was not so flashy as the preceding cases of JFK and Bill Clinton.  But, the boom of liberalism could be felt through the world.  The rights of minorities have never been loudly claimed and supported than through Obama's presidency that is leading to date.  However, under Obama's presidency featured by rather internal focus, Islamic terrorists have aggravated the situations in the Middle East, especially in Syria.  Also China has come to boldly exhibit its ambition to behave as a military and economic aggressive power in Asia.

In this sequence of US Presidents from the Democratic Party tells something interesting or alarming: JFK to the Vietnam War, Bill Clinton to the Islamic terror, and Barack Obama to the rise of IS and China.

However, those who have had strong ties with the Republican Party must have been working behind these Democratic presidencies, whose influences might have just contributed to the wars and the crises that have been related to JFK, Bill Clinton, and Barack Obama.  Both the parties are responsible for this sequence of the American security and moral crises.

In this context, the next US President is expected to be from the Republicans to take, as usual, actual command in the situation left by the Democratic presidency like Nixon for the Vietnam War and W. Bush for the War on Terror.

So, we may ask whether or not Trump and other Republican candidates understand what they might face if elected as US President.


Mat 1:11 And Josias begat Jechonias and his brethren, about the time they were carried away to Babylon:
Mat 1:12 And after they were brought to Babylon, Jechonias begat Salathiel; and Salathiel begat Zorobabel;
Posted by EEreporter at 1/12/2016 10:40:00 AM Links to this post
Email ThisBlogThis!Share to TwitterShare to FacebookShare to Pinterest
Newer Posts Older Posts Home