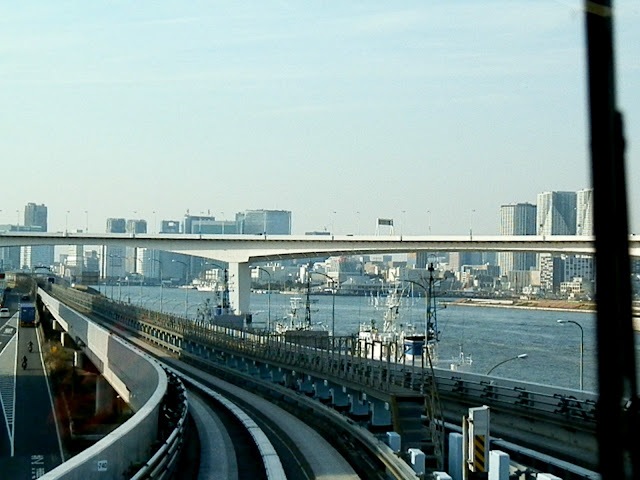 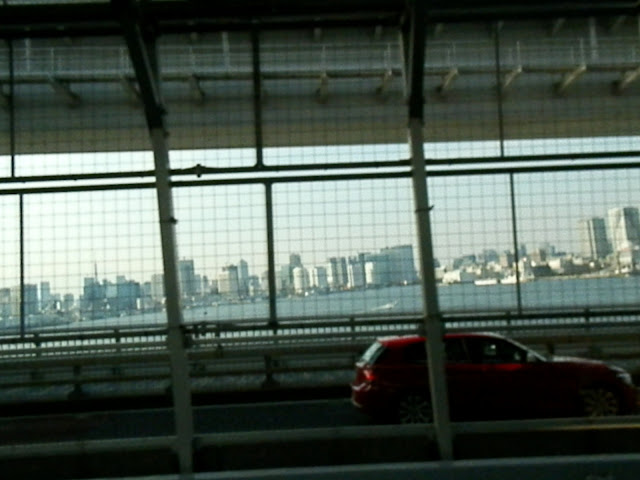 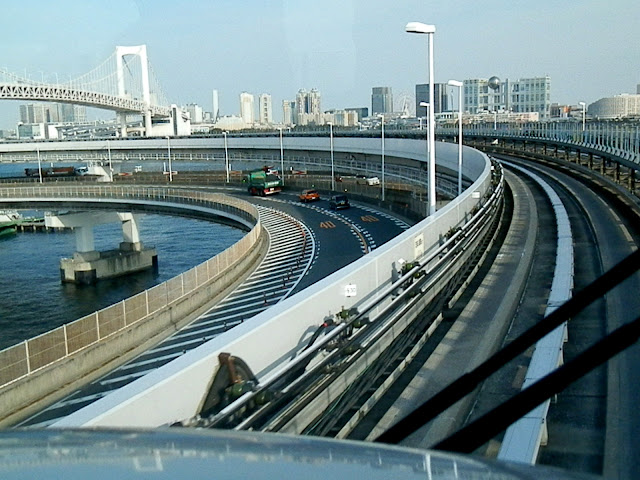 On the Tokyo Bay

There were 12 Apostles of Christ Jesus, according to the Bible.  But the fates of most of them are unknown.


How Did the Apostles Die?
Reports and legends abound and they are not always reliable, but it is safe to say that the apostles went far and wide as heralds of the message of the risen Christ. An early legend says they cast lots and divided up the world to determine who would go where, so all could hear about Jesus. They suffered greatly for their faith and in most cases met violent deaths on account of their bold witness.
(https://www.christianity.com/church/church-history/timeline/1-300/whatever-happened-to-the-twelve-apostles-11629558.html)

At least these 12 Apostles lived with Christ Jesus in His immediate circle for about three years, learning His teaching, watching miracles, and receiving His super power.  Their diseases, if any, must have been cured.  Their wisdom and talent must have been highly developed.  And their faith in the God must have been significantly strengthened.  So, these Apostles must have become outstanding persons in any society wherever they might have gone.  However, mainly only Peter was described in the Gospels.

So, even most of 12 Apostles of Christ Jesus did not earn their places in history.  We should not be disappointed or frustrated even if we cannot perform great accomplishments, while we have faith in the God, although the God can freely set our fates.

For the God, it does not matter whether or not those who believe in Him earn their places in history even in terms of religion.  But according to the teaching of Christ Jesus, it might matter for God how much wealth His believers store and accumulate in Heaven.  God must attach more weight to things in Heaven than this-worldly things.

We had better change our view that the spiritual world (Heaven) is superior to the physical world (the human world).

M'r:10:24: And the disciples were astonished at his words. But Jesus answereth again, and saith unto them, Children, how hard is it for them that trust in riches to enter into the kingdom of God!
M'r:10:25: It is easier for a camel to go through the eye of a needle, than for a rich man to enter into the kingdom of God.
M'r:10:26: And they were astonished out of measure, saying among themselves, Who then can be saved?
M'r:10:27: And Jesus looking upon them saith, With men it is impossible, but not with God: for with God all things are possible.

Posted by EEreporter at 10/26/2019 12:59:00 AM Links to this post
Email ThisBlogThis!Share to TwitterShare to FacebookShare to Pinterest

"for he had great possessions" - The Things that Are God's 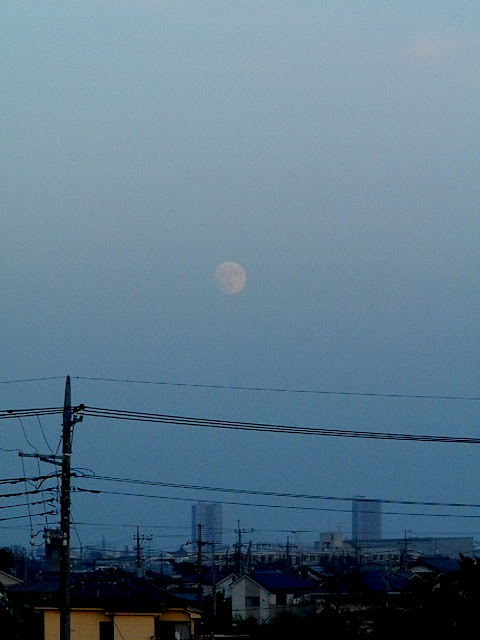 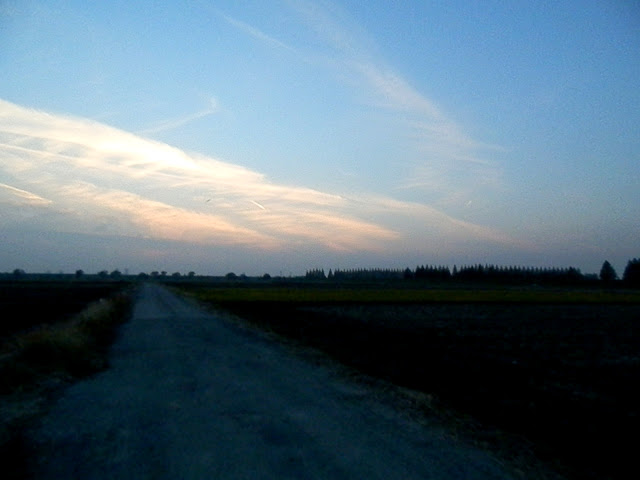 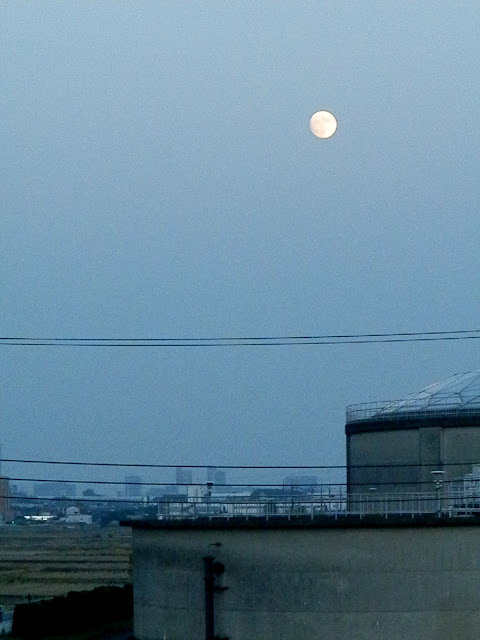 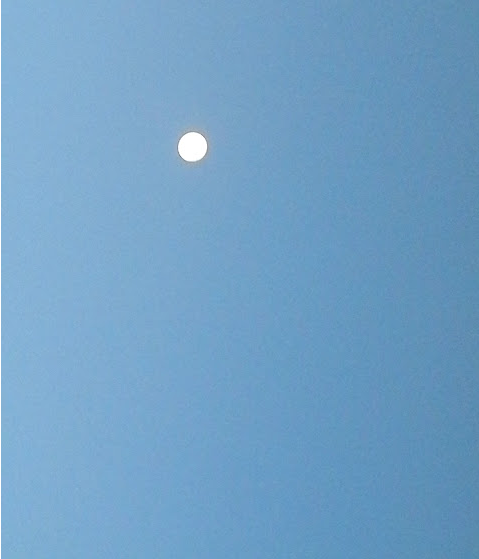 The Things that Are God's

Christ Jesus said: "Render therefore unto Caesar the things which are Caesar's; and unto God the things that are God's (Mat 22:21)."

However, from the teaching of Christ Jesus, money is another form of Satan.  And, Satan distributes money through a king or a government.  So, what Christ Jesus said should be interpreted as "Render therefore unto Satan the things which are Satan's."

The word of Christ Jesus might simply mean to pay tax to a king or a government and pay your life to the God through faith.  But as it is concerned with money, another form of Satan, it is a little complicated.


Mar 10:21 Then Jesus beholding him loved him, and said unto him, One thing thou lackest: go thy way, sell whatsoever thou hast, and give to the poor, and thou shalt have treasure in heaven: and come, take up the cross, and follow me.
Mar 10:22 And he was sad at that saying, and went away grieved: for he had great possessions.
Mar 10:23 And Jesus looked round about, and saith unto his disciples, How hardly shall they that have riches enter into the kingdom of God!

Posted by EEreporter at 10/22/2019 06:16:00 PM Links to this post
Email ThisBlogThis!Share to TwitterShare to FacebookShare to Pinterest

"Can a devil open the eyes" - For Acquiring Sympathy of God 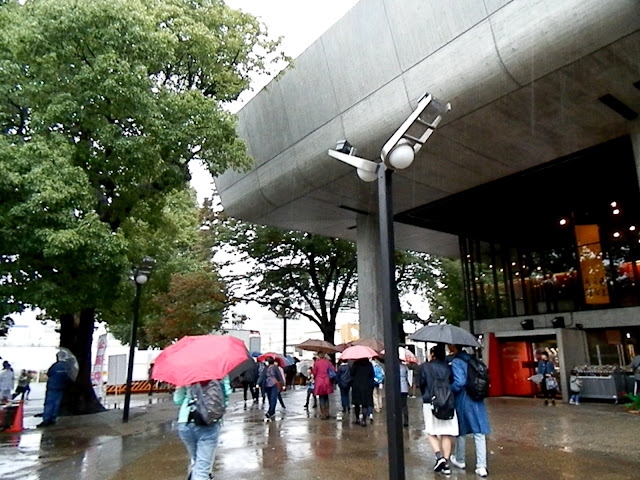 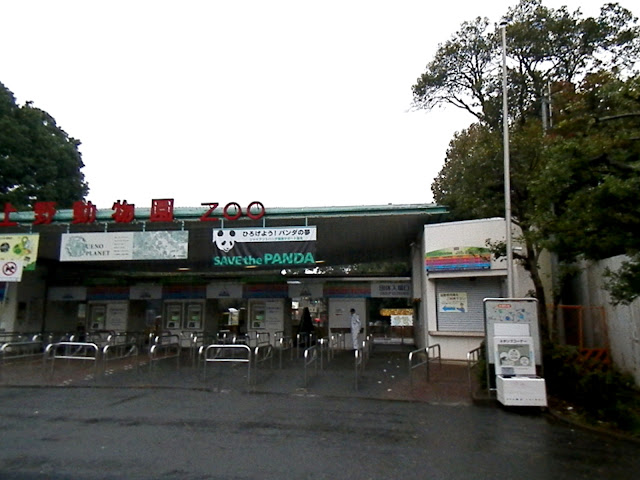 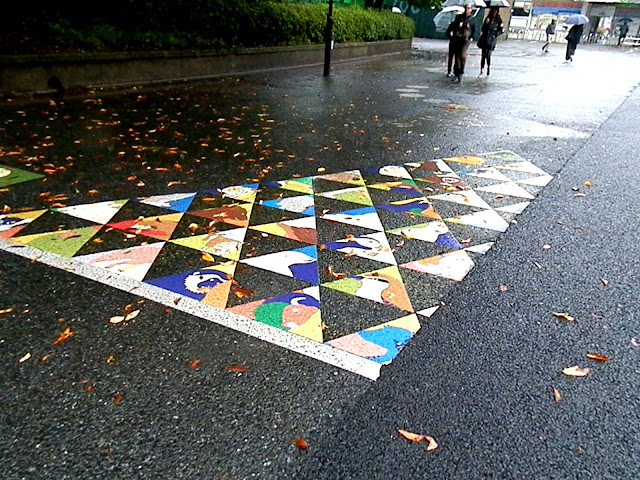 For Acquiring Sympathy of God

It may not be appropriate, but it would not be meaningless to think about the Three Great Deaths of Socrates, Caesar, and Christ Jesus.

They were all forced to die in incongruous circumstances.  The great philosopher of ancient Greece Socrates died in 399 BC by drinking a poison in custody: "In 399 BC, Socrates went on trial and was subsequently found guilty of both corrupting the minds of the youth of Athens and of impiety ("not believing in the gods of the state"), and as a punishment sentenced to death, caused by the drinking of a mixture containing poison hemlock" (https://en.wikipedia.org/wiki/Socrates).

The great leader and general of Caesar was killed in Rome by his colleagues in the Roman Senate in 44 BC: "Caesar attempted to get away, but, blinded by blood, he tripped and fell; the men continued stabbing him as he lay defenceless on the lower steps of the portico. According to Eutropius, around 60 men participated in the assassination. He was stabbed 23 times" (https://en.wikipedia.org/wiki/Julius_Caesar).

And Christ Jesus died on the cross in AD 30/34 through trials by the Jewish authority and under the judgment by a Roman governor: "Jesus' crucifixion is described in all four canonical gospels. After the trials, Jesus is led to Calvary carrying his cross; the route traditionally thought to have been taken is known as the Via Dolorosa" (https://en.wikipedia.org/wiki/Jesus) .

Many people have died since the establishment of the mankind.  It is thought that tens of billions of members of the mankind have died in history.  But these Three Great Deaths indicate some crucial conditions of one's death.  One may die due to errors of a state and its citizens, political conflicts and foolish judgement by the elite, and Satan's plot.

Even today, there must be many facing crisis of life due to various incongruous conditions.  It is unknown how many people died in such conditions, at least, in these 2000 years.  And one of the worst cases is that one is involved in a war where he or she is not responsible.  To save such people is a function of civilization.

And to know truth of the world and people in addition to the divine will, one must be probably as great as Socrates or  Caesar (if not Christ Jesus) to the extent of being envied, hated, and cursed by one's opponents (if not Satan).

So, facing crisis of life in some incongruous conditions may be a chance to ask help from God, thus acquiring sympathy of God.

Joh 10:21 Others said, These are not the words of him that hath a devil. Can a devil open the eyes of the blind?
Joh 10:22 And it was at Jerusalem the feast of the dedication, and it was winter.
Joh 10:23 And Jesus walked in the temple in Solomon's porch.
Posted by EEreporter at 10/21/2019 02:01:00 PM Links to this post
Email ThisBlogThis!Share to TwitterShare to FacebookShare to Pinterest 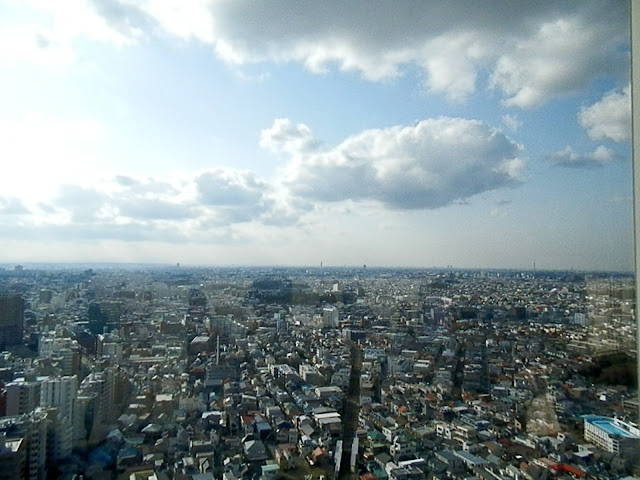 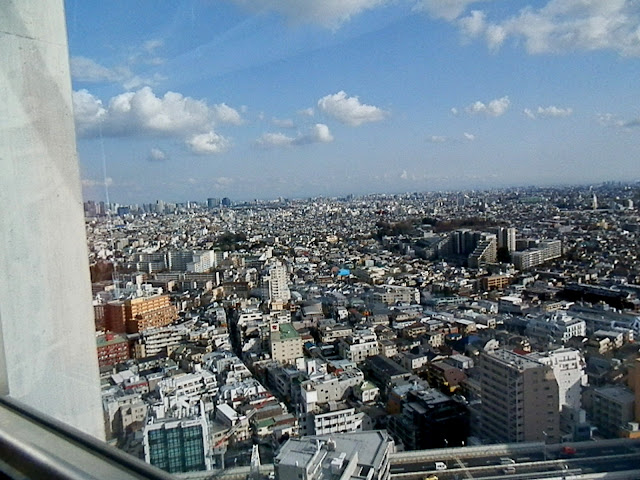 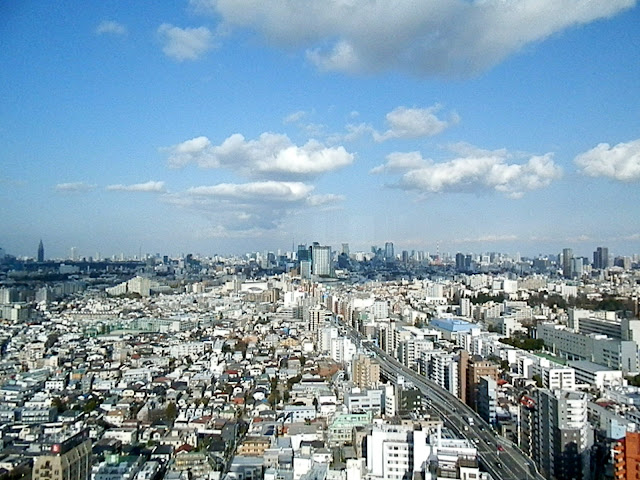 For Solving Economic Issues of Everybody

"Pay tax and give money to the poor" is the economics of Christ Jesus.

There are some scenes of Christ Jesus talking about money in the Bible.  But the essence of His teaching about economy is represented by the above word.

So, the key to solving economic problems in the world today should be found there.  Everybody should pay tax, and the governments, enterprises, and wealthy people should provide money to the poor.  However, if it is common sense of the world that everybody should pursue his or her own profits to maximize his or her assets, this teaching cannot be practiced.  In contrast, if it is common sense of the society that one must love its neighbors as much as oneself, this teaching of Christ Jesus must be practiced and promoted.

Therefore, the key to economics to solve economic issues is prevalence and diffusion of Christ Jesus' teaching to love your neighbors as much as yourself.

But when can the mankind realize this need to understand Christ Jesus' teaching for solving economic issues of everybody?

Mat 10:18 And ye shall be brought before governors and kings for my sake, for a testimony against them and the Gentiles.
Mat 10:19 But when they deliver you up, take no thought how or what ye shall speak: for it shall be given you in that same hour what ye shall speak.
Mat 10:20 For it is not ye that speak, but the Spirit of your Father which speaketh in you.
Posted by EEreporter at 10/20/2019 02:33:00 AM Links to this post
Email ThisBlogThis!Share to TwitterShare to FacebookShare to Pinterest
Newer Posts Older Posts Home