"and Jesus was left alone" - Nazi Germany vs. China 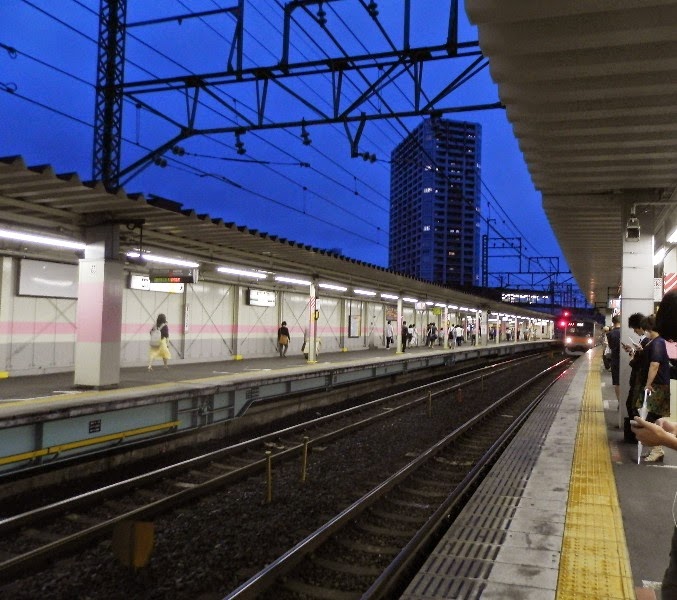 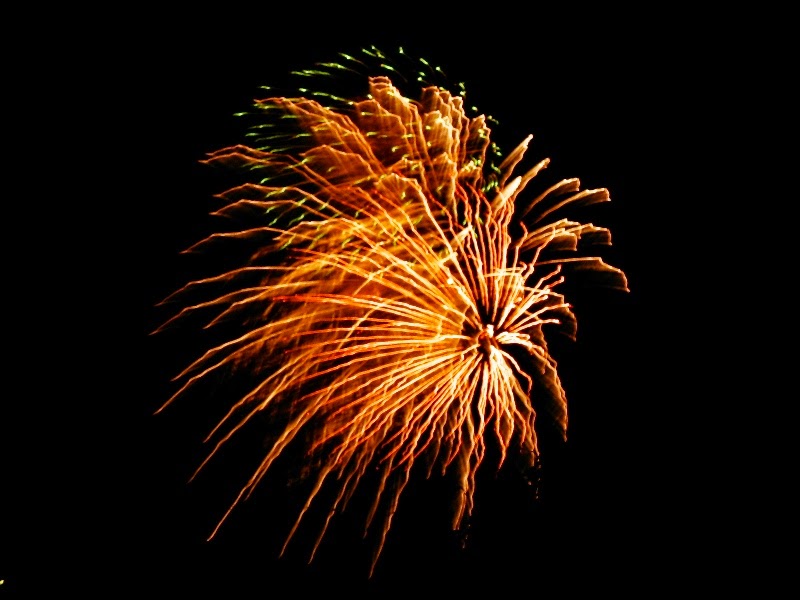 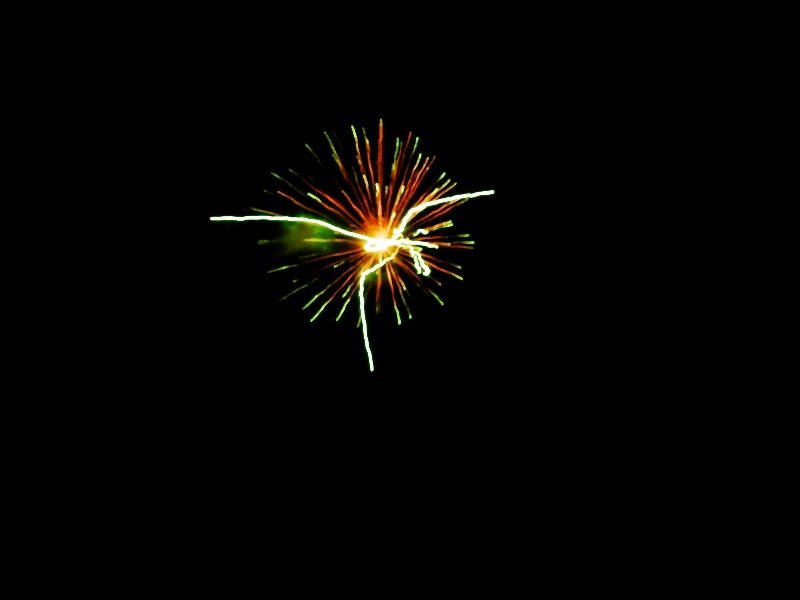 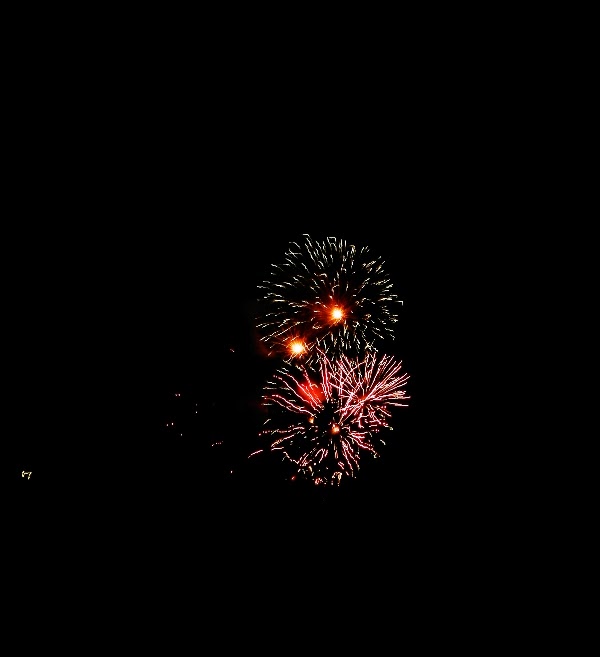 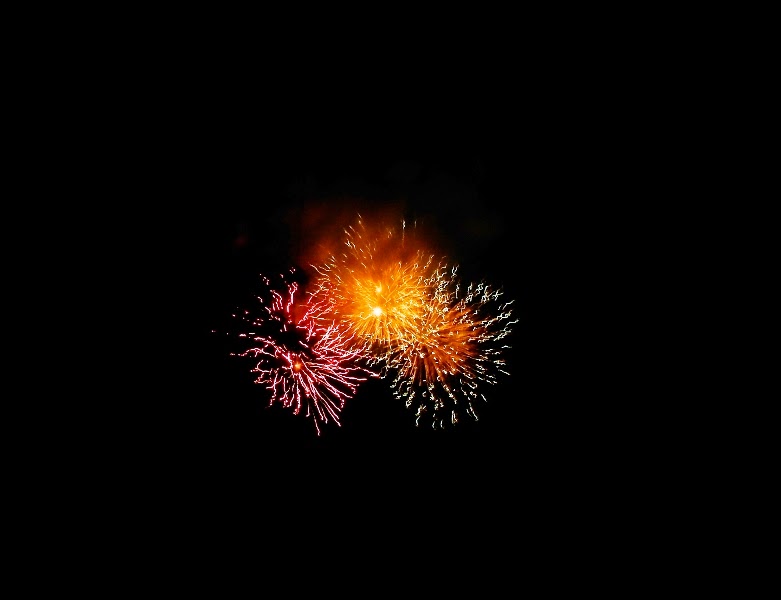 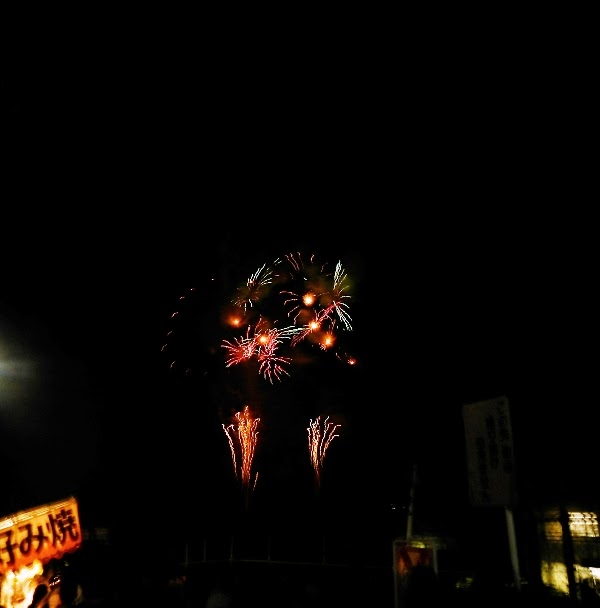 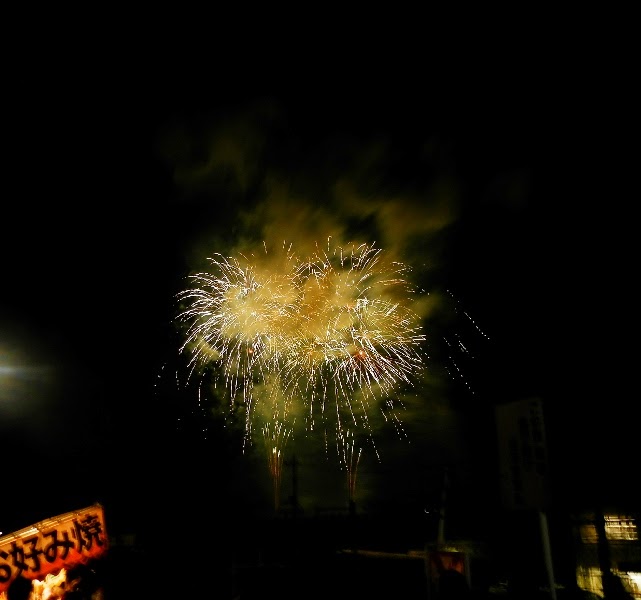 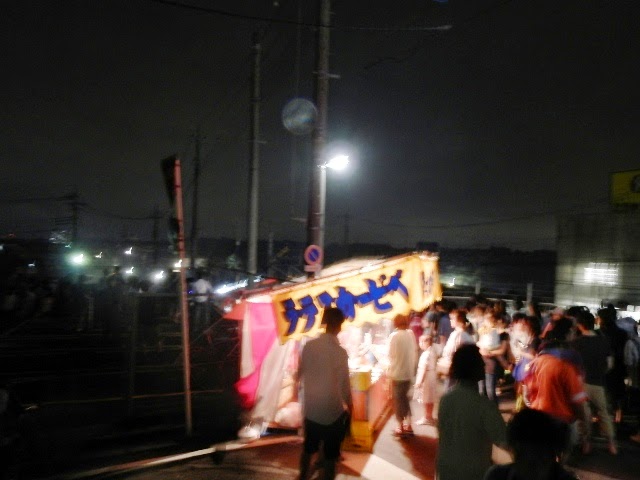 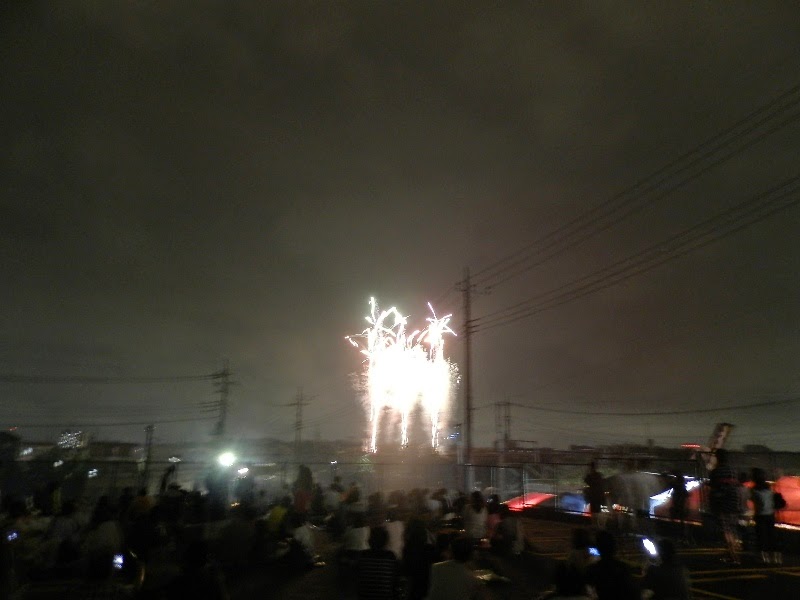 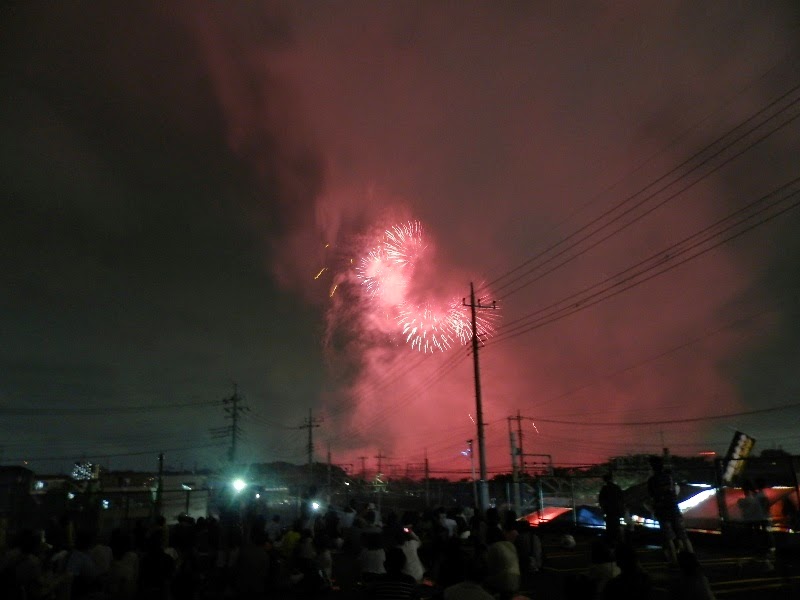 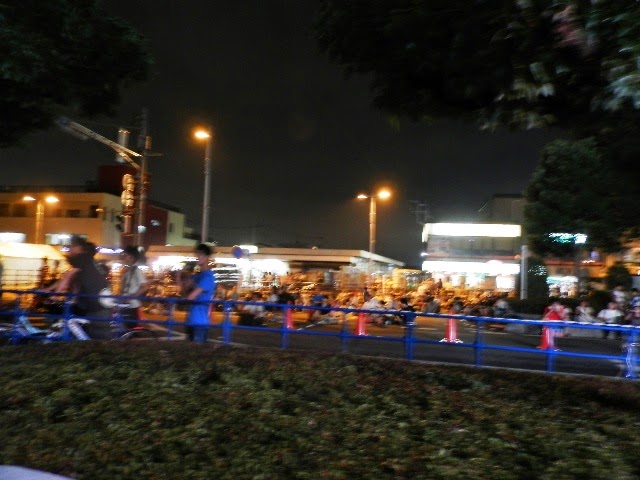 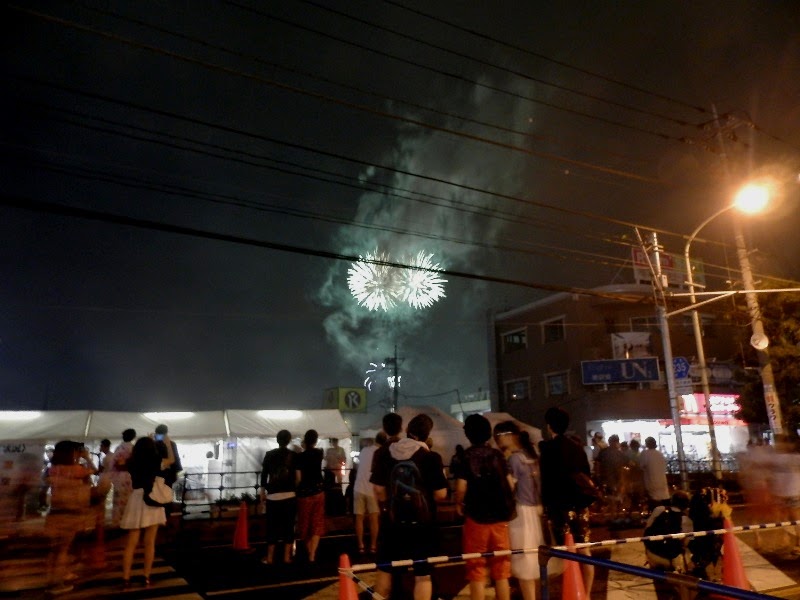 Nazi Germany and China today look like similar in their economic success, to some degree.

...American historian John Garraty compared the American and German responses to the Great Depression in a much-discussed article published in the American Historical Review. He wrote: / 38 “The two movements [that is, in the US and in Germany] nevertheless reacted to the Great Depression in similar ways, distinct from those of other industrial nations. Of the two the Nazis were the more successful in curing the economic ills of the 1930s. They reduced unemployment and stimulated industrial production faster than the Americans did and, considering their resources, handled their monetary and trade problems more successfully, certainly more imaginatively. This was partly because the Nazis employed deficit financing on a larger scale and partly because their totalitarian system better lent itself to the mobilization of society, both by force and by persuasion. By 1936 the depression was substantially over in Germany, far from finished in the United States....”

So, when we review records of success of China in economy, we have to remember the case of Nazi Germany.

Another interesting point about German economy under Hitler's leadership is how it suffocated Judaist businesses.


Jews made up about one percent of Germany’s total population when Hitler came to power. While the new government moved quickly to remove them from the nation’s political and cultural life, Jews were permitted to carry on in economic life, at least for several years. In fact, many Jews benefited from the regime’s recovery measures and the general economic revival. In June 1933, for example, Hitler approved a large-scale government investment of 14.5 million marks in the Jewish-owned firm Hertie, a Berlin department store chain. This “bail out” was done to prevent the ruin of the large firm’s suppliers, financiers, and, above all, its 14,000 employees. / 26

Prof. Gordon Craig, who for years taught history at Stanford University, points out: “In the clothing and retail trades, Jewish firms continued to operate profitably until 1938, and in Berlin and Hamburg, in particular, establishments of known reputation and taste continued to attract their old customers despite their ownership by Jews. In the world of finance, no restrictions were placed upon the activities of Jewish firms in the Berlin Bourse [stock market], and until 1937 the banking houses of Mendelssohn, Bleichröder, Arnhold, Dreyfuss, Straus, Warburg, Aufhäuser, and Behrens were still active.” / 27 Five years after Hitler had come to power, the Jewish role in business life was still a significant one, and Jews still held considerable real estate holdings, especially in Berlin. This changed markedly in 1938, however, and by the end of 1939 Jews had been largely removed from German economic life.
http://www.ihr.org/other/economyhitler2011.html

It is very interesting that Hitler and Nazis did not blindly attack and demolish businesses run by Judaists soon after they seized power.  Hitler became prime minister or chancellor in 1933.

Or conversely, if Judaists in Germany at the time had abandoned wealth and business in Germany soon after Hitler became chancellor, more Judaists or millions of Judaists should have saved their lives.

Truly, between 1933 and 1939, the world was given a chance to find hidden cruelty and brutality of Hitler and his band.  In this period, for example, if the Empire of Japan had an insight into the dangerous nature of Nazi Germany going to massacre millions of Judaists soon, the Empire would not tie up with Germany through the Tripartite Pact.  Then the Empire of Japan should have avoided war against the US and would not plan the Pearl Harbor Attack.

In other world, the economic success of Nazi Germany in 1930s must have looked so excellent and great to the eyes of Japanese leaders at the time.  Wealth hid inhuman deeds in Germany in 1930s.

We have to check inhuman deeds in China, too, despite its accumulation of wealth observed in recent years.

Joh 8:8 And again he stooped down, and wrote on the ground.
Joh 8:9 And they which heard it, being convicted by their own conscience, went out one by one, beginning at the eldest, even unto the last: and Jesus was left alone, and the woman standing in the midst.

Posted by EEreporter at 8/09/2014 09:34:00 PM Links to this post
Email ThisBlogThis!Share to TwitterShare to FacebookShare to Pinterest 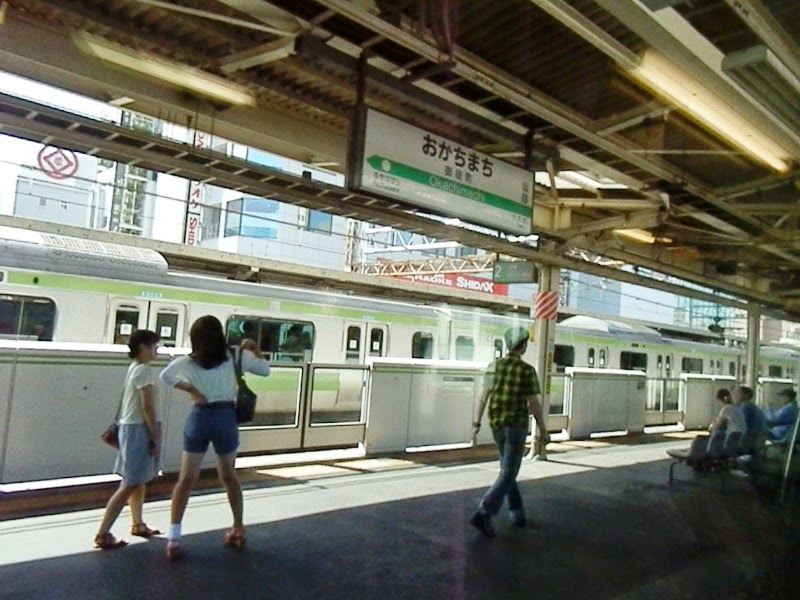 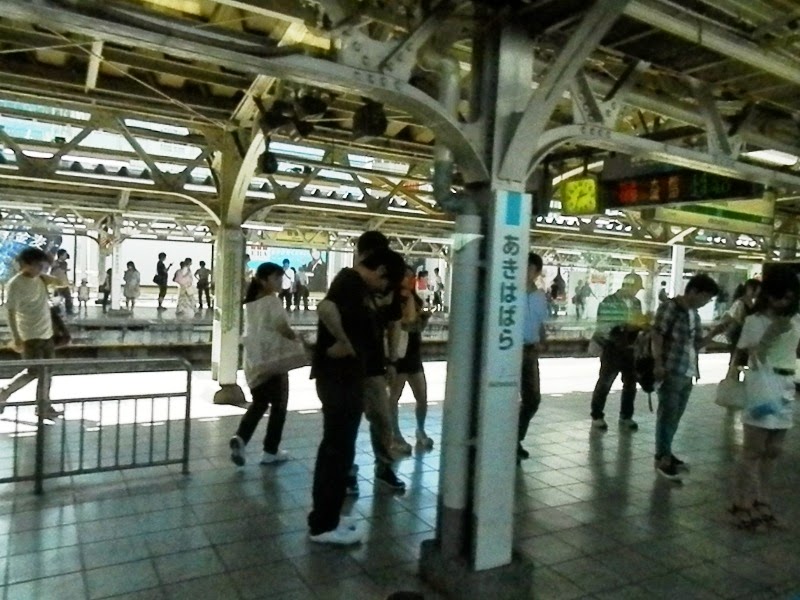 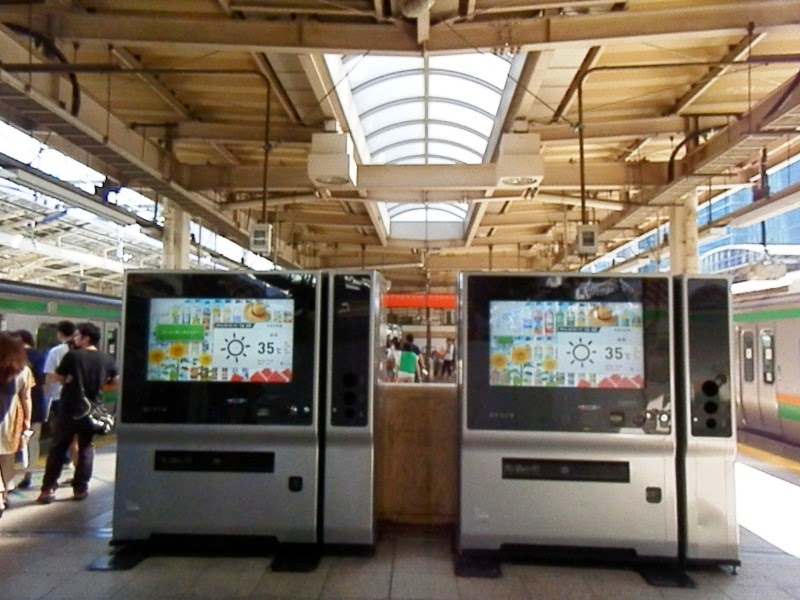 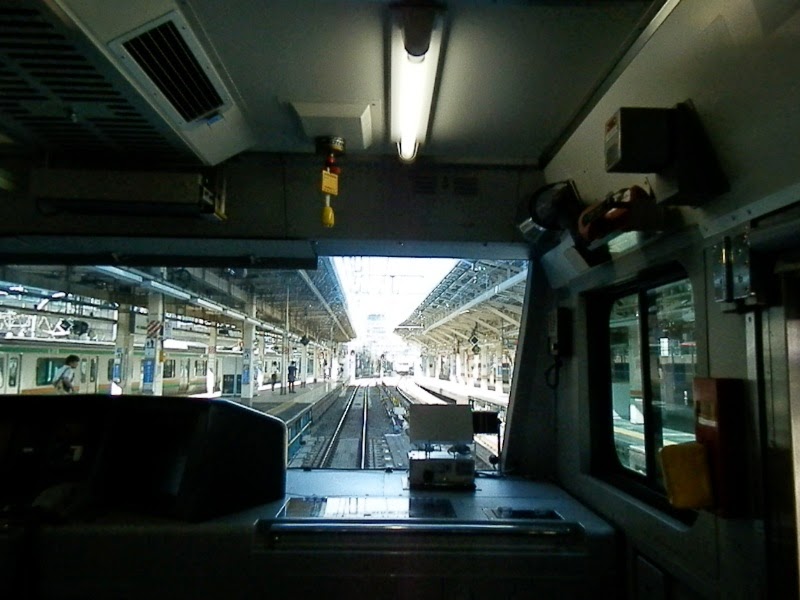 
The Jewish Calendar started in 3760 BCE while the Sumerian city Ur in Mesopotamia was built around 3600 BCE.

It tells that Hebrews were part of Sumerians who built the first urban civilization of mankind in Mesopotamia or specifically on the River Euphrates, since the major city of their civilization was Ur where Abraham and his ancestors are believed to have lived till their mysterious departure from Mesopotamia.

ca 5300 BC: Mesopotamian civilization in place. Cities of Sumer are the first to practice intensive, year-round agriculture.

3630 BC: Approximate date of the oldest discovered silk in China, found by archaeologists in what is now Henan province in what was the late Yangshao period.

3500 BC: Beginning of Ur, the Sumerian city in Mesopotamia. First phonetic writing and formation of numbering system developed by Summerians. They are among the first to use wagons for carrying goods and people. Most authorities credit the Sumerians with the invention of the wheel, initially in the form of the potter's wheel. The new concept quickly led to wheeled vehicles and mill wheels. Ur's streets are paved with stones. Egyptians have mirrors of metal.
http://www.lhaasdav.com/timelines/timeline_30000_1000_bc.html


So, Hebrews or Judaists set the year of 3760 BC at the beginning of their history.  However, archaeology discovered that the Sumerian city Ur had been founded in 3500 BC.  And as the Bible tells, Abraham left Ur to travel and settle in Canaan when Ur fell with the last Sumerian kingdom gone about 2000 BC.

So, it is apparent that ancient Hebrews had a legend that linked their ancestors with the Sumerian Civilization.  Or, it tells that Abraham and his clan were part of Sumerians.

It is also interesting to see another reading of the Jewish Calender:


In this comparison between the Jewish Year and the Civil Year, we can assume that our calendar year 2014 can be matched to Jewish years between 1948 and 2123 of the Jewish Year when Abraham was born and died.

So, we have proved that Abraham was a Sumerian and something critical will happen soon to us as Christ's Second Coming is now real, both based on the Jewish Calendar and the Christian Calendar.

But what is the "Covenant with Abraham?"

God is saying to Abraham: Don't be afraid. I am your suzerain (protector, sovereign) and I am offering you an exceedingly humongous reward, beyond your wildest dreams, for serving me.
http://www.jesuswalk.com/abraham/4_covenant.htm


So, Abraham must have been an exceedingly righteous person, though, in the city Ur.  To save a kind of holy tradition or glory of Sumerians, God must have led Abraham from the falling city in confusion and mess of the downfall of the Sumerian kingdom with Ur at its center.


Gen 8:7 And he sent forth a raven, which went forth to and fro, until the waters were dried up from off the earth.
Gen 8:8 Also he sent forth a dove from him, to see if the waters were abated from off the face of the ground;
Gen 8:9 But the dove found no rest for the sole of her foot, and she returned unto him into the ark, for the waters were on the face of the whole earth: then he put forth his hand, and took her, and pulled her in unto him into the ark.
Gen 8:10 And he stayed yet other seven days; and again he sent forth the dove out of the ark;
Posted by EEreporter at 8/09/2014 12:26:00 AM Links to this post
Email ThisBlogThis!Share to TwitterShare to FacebookShare to Pinterest 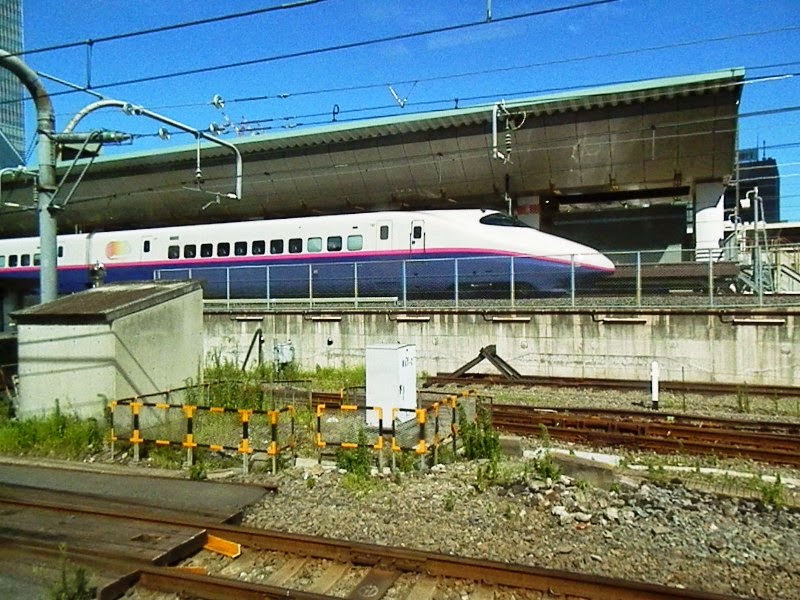 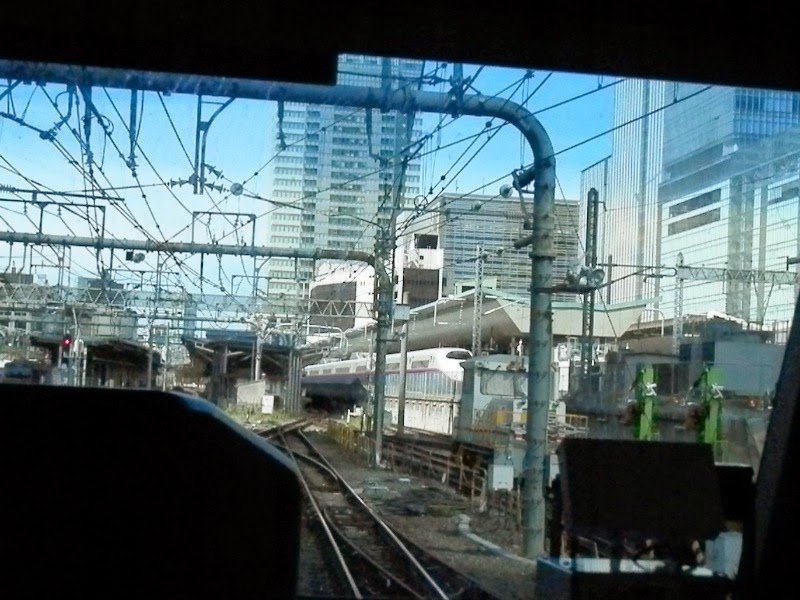 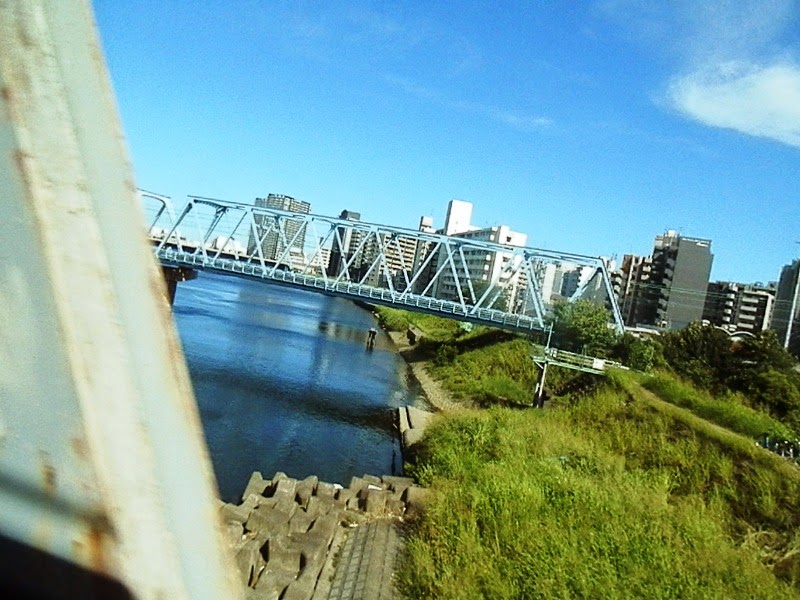 The Crucifixion and The Resurrection Not Concealed

If the Gospels didn't include the episode of the arrest, the trial, and the crucifixion of Christ Jesus, what would have happened?

Suppose that the early Christians or more correctly the Christian Israelites thought the tragedy of Christ Jesus should not be revealed and should not be informed readers of and thus omitted the episode from the Gospels.  Then, a Gospel should read this way: Christ Jesus held the last supper.  And then He prayed in an orchard alone at night, but suddenly He disappeared.  However three days later He made appearance to women who had followed Him and the Apostles.  And soon after, He ascended into Heaven.

Put simply, if the early followers of Christ Jesus had concealed the fact of the Crucifixion and forbade any authors of Gospels to write the tragic episode, today we should be puzzled at what actually happened between the last supper and Christ Jesus' ascension to Heaven.  Indeed, the Gospels without descriptions of the Crucifixion and the Resurrection should be something like a fable without much spiritual impact on readers.

Probably this mystery must have remained unsolved for 2000 years or for ever.  Christianity without the Crucifixion and the Resurrection of Christ Jesus is unthinkable.  This religion should be a very minor one today in that case.

However, as the first Gospel Mark wrote clearly stated that Christ Jesus was arrested and executed on a cross by the Roman authority, all the other subsequent authors of Gospels,  letters, and other documents also depicted the Crucifixion and the Resurrection as a matter of fact.  Even Paul was taught this fact by the Apostles and probably through the Gospel of Mark.

So, I think there must have been some kind of arguments among early followers of Christ Jesus as to whether the Crucifixion and the Resurrection should be revealed to the future generations.  In traditions of Judaists and Hebrews, such a fact must not have been accepted.  If Christianity had been only directed to Judaists in the first century, it was probably better for mission to hide the Crucifixion and the Resurrection of Christ Jesus.

In this context, great was Mark who wrote the earliest Gospel with the focus on the Crucifixion and the Resurrection.  It is as if Christ Jesus Himself instructed Mark to describe the tragic and mysterious fact so plainly and clearly.

And, put extremely, Mark could be another form of Christ Jesus.


Mat 8:7 And Jesus saith unto him, I will come and heal him.
Posted by EEreporter at 8/08/2014 12:23:00 AM Links to this post
Email ThisBlogThis!Share to TwitterShare to FacebookShare to Pinterest
Newer Posts Older Posts Home