"stones to raise up children unto Abraham" - Pope Alexander VI 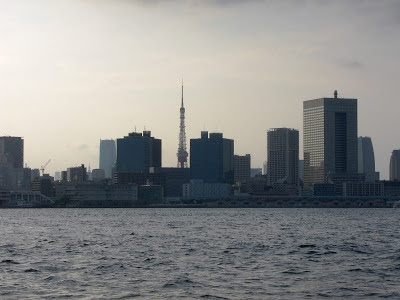 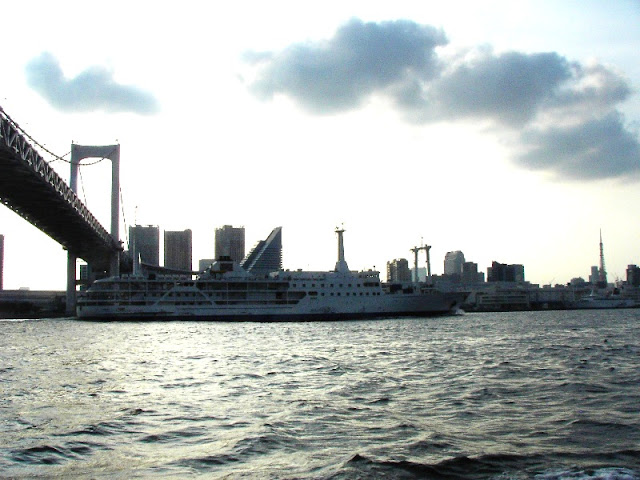 Pope Alexander VI is said to be the worst in history


The reward for “Baddest Pope Ever” arguably goes to Rodrigo Borgia, who enjoyed the benefits of having an uncle who just happened to be Pope Calixtus III. Thanks to his convenient social status, Borgia passed through the ranks of bishop, cardinal, and vice-chancellor, gaining enormous wealth along the way. In 1492, he was actually able to buy his way into the papacy, defeating two other opponents by means of bribery.

Alexander was so corrupt that his surname eventually became a byword representing the hellishly low papal standards of the time. He sired at least seven different illegitimate children by his mistresses, and didn’t hesitate to reward them with handsome endowments at the church’s expense. When low on finances, he either established new cardinals in return for payments, or he slammed wealthy people with completely fabricated charges, jailed or murdered them for said false charges, and then stole their money.

Not surprisingly, there is very little about Alexander VI that can be considered godly or even lawful. His goals were selfish and ambitious, and the orderly government he initially administered quickly deteriorated until the city of Rome was in a state of complete disrepair. The words spoken by Giovanni de Medici (the future Pope Leo X) after Borgia’s election are telling:
“Now we are in the power of a wolf, the most rapacious perhaps that this world has ever seen. And if we do not flee, he will inevitably devour us all.”

Now you know why Columbus must have reached the new world later called America in 1492.

In other word, the glory of Europe started to end in 1492 with Pope Alexander VI.

Now as there is no Pope in the Vatican, everything looks fine.  The long and great process of ending European Christian glory seems to be accomplished in 2013 with the last Pope, so far, gone.

Mat 3:7 But when he saw many of the Pharisees and Sadducees come to his baptism, he said unto them, O generation of vipers, who hath warned you to flee from the wrath to come?
Mat 3:8 Bring forth therefore fruits meet for repentance:
Mat 3:9 And think not to say within yourselves, We have Abraham to our father: for I say unto you, that God is able of these stones to raise up children unto Abraham.

Posted by EEreporter at 3/09/2013 11:39:00 PM
Email ThisBlogThis!Share to TwitterShare to FacebookShare to Pinterest

"when they had heard what great things he did" 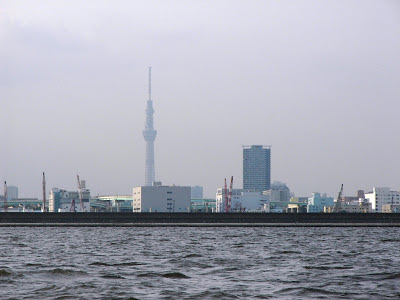 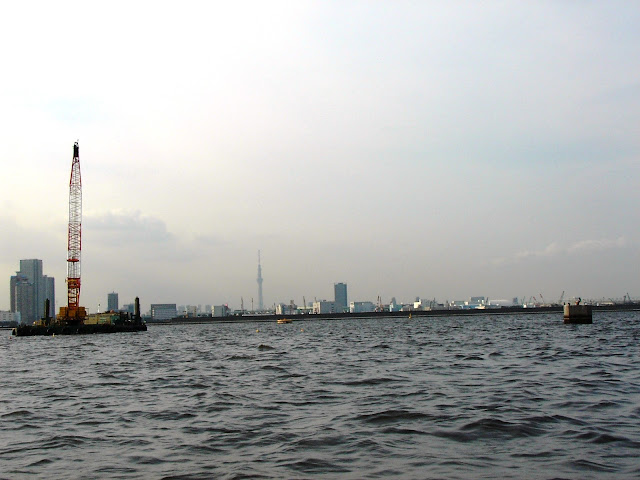 Mar 3:5 And when he had looked round about on them with anger, being grieved for the hardness of their hearts, he saith unto the man, Stretch forth thine hand. And he stretched it out: and his hand was restored whole as the other.
Mar 3:6 And the Pharisees went forth, and straightway took counsel with the Herodians against him, how they might destroy him.
Mar 3:7 But Jesus withdrew himself with his disciples to the sea: and a great multitude from Galilee followed him, and from Judaea,
Mar 3:8 And from Jerusalem, and from Idumaea, and from beyond Jordan; and they about Tyre and Sidon, a great multitude, when they had heard what great things he did, came unto him.
Posted by EEreporter at 3/08/2013 11:48:00 AM
Email ThisBlogThis!Share to TwitterShare to FacebookShare to Pinterest

"Silver and gold have I none" - Pope Gone V 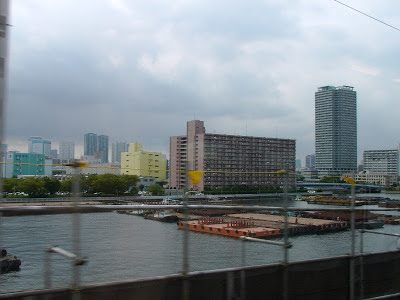 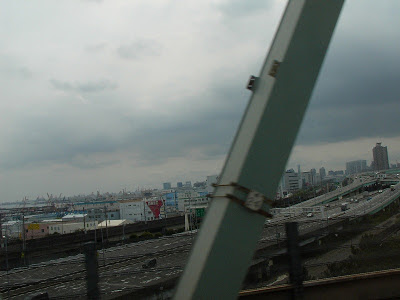 Arrogant Europeans are not qualified to lead the world any more in this century.

China is out of question as you know their foolishness and selfishness.

The US is a kind of derailing out of the sound course of humanity as they have so many abnormal citizens and dangerous guns in addition to ever expanding power of money in the society.  Americans cannot provide nothing more than freedom for purchasing the American Money Dream.

So, Japan is the only option left as the Vatican has almost completely lost a glow of its glory and Muslims cannot conquer the challenge posed to them in these years.

But what is in Japan?  At least it has had a potential to make China a great economic power and allow South Korea and some other Asian countries to enjoy some economic success.  But more than that, it has its own spiritualism.  For this reason, Japan is outside the Christian world and other global religious influences, including the Islam and Buddhism of the South-Asian version.

Anyway, though Japan is the most industrialized nation in the world, it is the country that preserves its cultural tradition since the era of great Buddhist Shotoku Taishi (Prince Shotoku of Yamato Court; 574 - 622) or the era of Himiko (Queen of Wa of Japan; ? - 248)  or even since a king of Na of Japan received a gold seal from an emperor of the Han dynasty of China in AD 57 to be acknowledged as a follower of the Han court.

Yes, when some disciples of Christ Jesus started to compile Gospels, a Japanese king was recorded in some Chinese imperial record.  As on this seal some kanji letters were engraved, it could be regraded as the beginning of Japanese civilization.

Since then, Japan has developed its unique culture to date without interruption or changes of races of inhabitants and ruling classes for 2000 years with the imperial family at its core of the social and religious systems.

So, the Vatican is as old and contiguous as Japan is in the history, though China changed so many times its inhabitants and ruling classes with many interruptions in these 2000 years.

Act 3:4 And Peter, fastening his eyes upon him with John, said, Look on us.
Act 3:5 And he gave heed unto them, expecting to receive something of them.
Act 3:6 Then Peter said, Silver and gold have I none; but such as I have give I thee: In the name of Jesus Christ of Nazareth rise up and walk.
Act 3:7 And he took him by the right hand, and lifted him up: and immediately his feet and ankle bones received strength.
Posted by EEreporter at 3/07/2013 12:25:00 AM
Email ThisBlogThis!Share to TwitterShare to FacebookShare to Pinterest

"ye shall be as gods, knowing good and evil" - Pope Gone IV 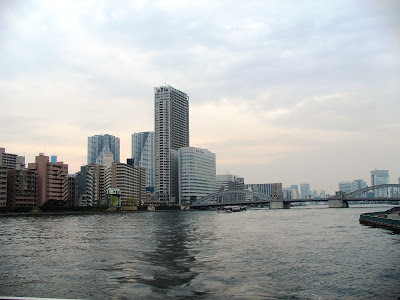 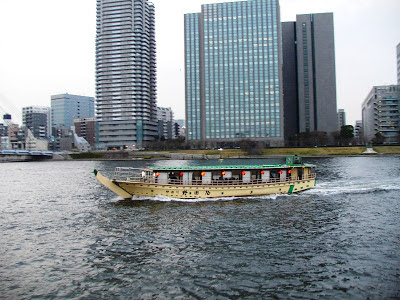 Nobody thinks that the Pope of the Vatican has power to change the world today.

But, the most important figure in Europe in terms of culture, history, and religion is the Pope.

For example, if the Vatican was dissolved and the Roman Church system was abolished, European people would be adversely affected and lose power to lead the world.

So, it is interesting to see how Malachy's prophecy on the fates of the successive Popes has taken attention from some people.

On Monday, 11 February 2013 - Pope Benedict XVI (16th) said he would resign/abdicate by the end of the month, citing failing health reasons.

Pope Benedict XVI (Joseph Ratzinger) took the position of pope as one of the fiercest storms the Catholic Church has faced in decades - the scandal of child sex abuse by priests - was breaking.

Of interest, there is one leading candidate to replace the frail Pope Benedict. That is Italy's Cardinal Tarcisio Pietro Evasio Bertone, who is the Cardinal Secretary of State. Cardinal Bertone was born in Romano, Italy. With the name Pietro (Peter), and being from Romano - could this be 'Peter the Roman'? Of interest is the fact that in the interim (known as 'sede vacante') between the resignation/abdication of Benedict and the appointment of the next pope (by Easter?), it will be Cardinal Bertone who will be called upon as 'Camerlengo' to serve as the head of the Roman Catholic Church. Some say Benedict favored Bertone as his successor...

In the final persecution of the Holy Roman Church there will reign Peter the Roman, who will feed his flock among many tribulations; after which the seven-hilled city (Rome, the seat of the Vatican) will be destroyed and the dreadful Judge will judge the people.

It is striking that at least one pope had a similar mystical vision:

In 1909, while granting an audience, pope Pius X leaned back and closed his eyes. Suddenly he "awoke" and cried out: "What I see is terrifying. Will it be myself? Will it be my successor? What is certain is that the pope will quit Rome, and in leaving the Vatican, he will have to walk over the dead bodies of his priests."
Pius's prophecy was fulfilled neither in his own time nor in that of the next pontiff. According to Malachy's vision of the Church's "tribulation," it applies to the successor of Gloria Olivae-the next pope but one.

Gen 3:4 And the serpent said unto the woman, Ye shall not surely die:
Gen 3:5 For God doth know that in the day ye eat thereof, then your eyes shall be opened, and ye shall be as gods, knowing good and evil.
Gen 3:6 And when the woman saw that the tree was good for food, and that it was pleasant to the eyes, and a tree to be desired to make one wise, she took of the fruit thereof, and did eat, and gave also unto her husband with her; and he did eat.

Posted by EEreporter at 3/06/2013 12:00:00 AM
Email ThisBlogThis!Share to TwitterShare to FacebookShare to Pinterest 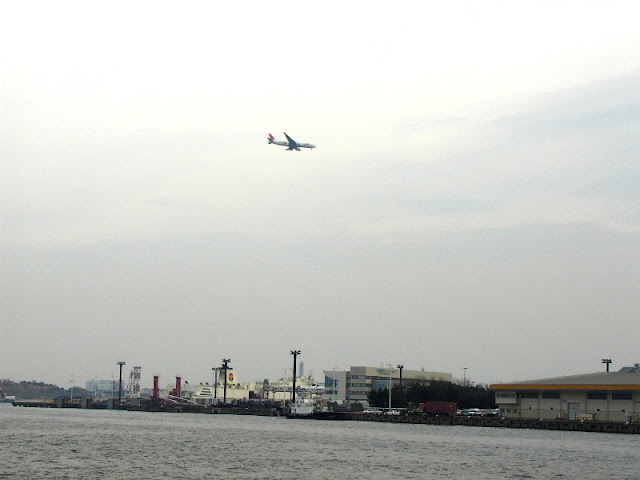 A somewhat big meteor hit the ground in Russia recently.

And, the Pope resigned recently.

So, everybody on the earth saw the wonder in the sky and the mystery in the Vatican.

These must be signs of the Second Coming of Christ Jesus.

You have to think how you would abandon your life and follow Him, since there are such signs.

But how are the most pious people are feeling?

However, the God told me that He would not give any clues to what will happen in the near future to anybody.

You cannot be given an imminent warning or a short prophecy.

Rev 3:4 Thou hast a few names even in Sardis which have not defiled their garments; and they shall walk with me in white: for they are worthy.
Rev 3:5 He that overcometh, the same shall be clothed in white raiment; and I will not blot out his name out of the book of life, but I will confess his name before my Father, and before his angels.

Posted by EEreporter at 3/05/2013 12:58:00 AM
Email ThisBlogThis!Share to TwitterShare to FacebookShare to Pinterest

"the man which had the withered hand" - Pope Gone II 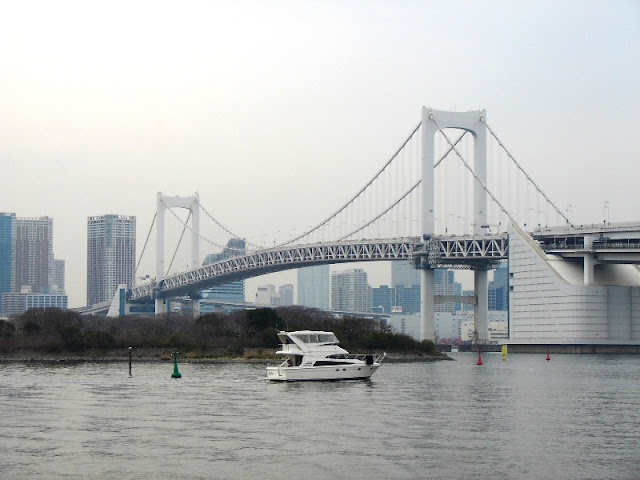 
Suppose that you are a Pope who has suddenly become afraid of his own death.

Then you would like to retire as soon as possible.  You must hide your fear of death.

Or you might have a fearful dream one night.  For example, the Devil comes to you requesting his portion, saying that you owe your success to support the Devil has given according to a horrible contract.

Or otherwise, Heaven might send an Angel to you to tell you that the God is going to reward you soon for your righteous life.

In either case, you have to take care of yourself, since your time has ended.  You must not be bothered any more.

Mar 3:1 And he entered again into the synagogue; and there was a man there which had a withered hand.
Mar 3:2 And they watched him, whether he would heal him on the sabbath day; that they might accuse him.
Mar 3:3 And he saith unto the man which had the withered hand, Stand forth.
Mar 3:4 And he saith unto them, Is it lawful to do good on the sabbath days, or to do evil? to save life, or to kill? But they held their peace.
Posted by EEreporter at 3/03/2013 01:20:00 AM
Email ThisBlogThis!Share to TwitterShare to FacebookShare to Pinterest
Newer Posts Older Posts Home