"the water that was made wine" 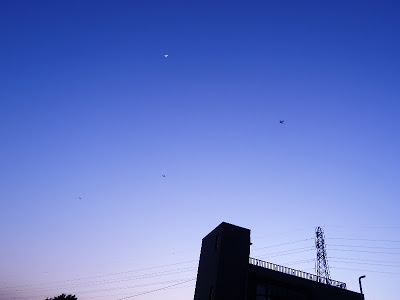 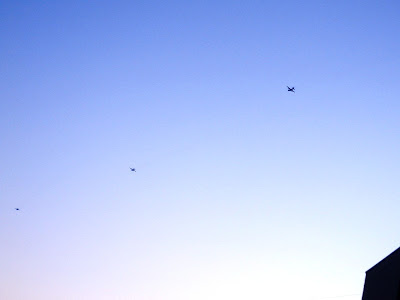 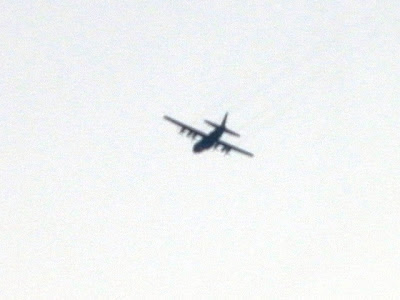 Joh 2:7 Jesus saith unto them, Fill the waterpots with water. And they filled them up to the brim.
Joh 2:8 And he saith unto them, Draw out now, and bear unto the governor of the feast. And they bare it.
Joh 2:9 When the ruler of the feast had tasted the water that was made wine, and knew not whence it was: (but the servants which drew the water knew;) the governor of the feast called the bridegroom,
Joh 2:10 And saith unto him, Every man at the beginning doth set forth good wine; and when men have well drunk, then that which is worse: but thou hast kept the good wine until now.

Posted by EEreporter at 2/09/2013 12:23:00 AM
Email ThisBlogThis!Share to TwitterShare to FacebookShare to Pinterest 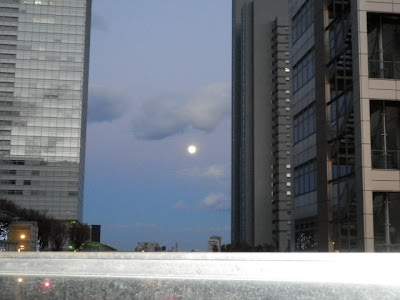 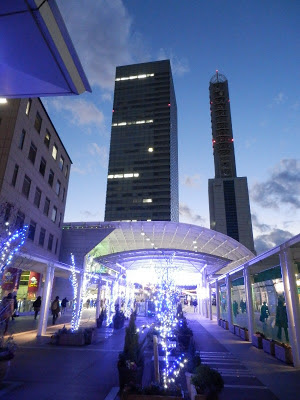 Once or more than 150 years ago and before, successive Chinese emperors and their subjects though that China was the most advanced and cultivated empire in the world.

But they were defeated by the British Empire in 1842 while English merchants were selling opium to Chinese and receiving silver in exchange to make UK's account balance which would have been otherwise in a state of the red due to a huge trade deficits with India.

Now China has gained some economic power and built up some modern military forces, trying to venture into pretending to be an old empire before the Opium War.

It is very unique and traditional, but not sane at all in the 21st century.

China must stop having its naval ships and military planes lock on Japanese vessels and helicopters patrolling the Senkaku Islands in the East China Sea, since the islands belong to Japan from the era in the late 19th century when the Empire of Japan defeated the Ching Dynasty in the first Japanese-Chinese War.


Mat 2:3 When Herod the king had heard these things, he was troubled, and all Jerusalem with him.
Mat 2:4 And when he had gathered all the chief priests and scribes of the people together, he demanded of them where Christ should be born.
Mat 2:5 And they said unto him, In Bethlehem of Judaea: for thus it is written by the prophet,
Mat 2:6 And thou Bethlehem, in the land of Juda, art not the least among the princes of Juda: for out of thee shall come a Governor, that shall rule my people Israel.
Mat 2:7 Then Herod, when he had privily called the wise men, enquired of them diligently what time the star appeared.
Mat 2:8 And he sent them to Bethlehem, and said, Go and search diligently for the young child; and when ye have found him, bring me word again, that I may come and worship him also.
Mat 2:9 When they had heard the king, they departed; and, lo, the star, which they saw in the east, went before them, till it came and stood over where the young child was.
Mat 2:10 When they saw the star, they rejoiced with exceeding great joy.
Posted by EEreporter at 2/08/2013 12:15:00 AM
Email ThisBlogThis!Share to TwitterShare to FacebookShare to Pinterest 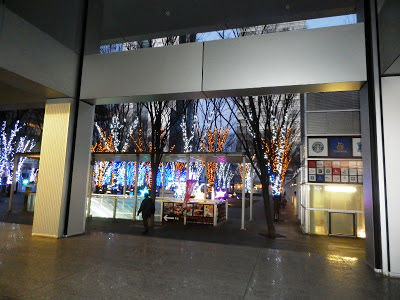 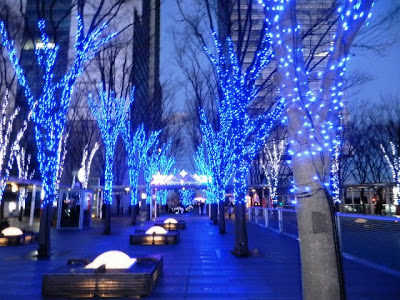 A City around Tokyo

It was exposed to the Media as 15 of those women wrote a letter to the Japan Olympic Committee asking for help as their appeal to the Federation had been almost neglected.

Those top judo players alleged that the head coach of the Japanese female national judo team kicked, punched, and slapped them often.  So, they wanted dismissal of him.

Now the head coach was fired and some other leaders of the Judo Federation also resigned from their posts among rising concerns in the society.

As Tokyo plans to host the 2020 Olympic Games, this incident is taken gravely by the Tokyo Government Office and the Ministry of Education, Culture, Sports, Science and Technology of Japan.

I think it is not good for people to live on Judo.  They have to also work as ordinary citizens in some decent work places, for example, in office, plants, or shops of businesses or administrative institutions.   Judo is not a means to earn salary and get social status.

There should not be professional judo players and coaches like wrestling and boxing.  They must be also, for example, workers in ordinary workplaces.


Gen 2:4 These are the generations of the heavens and of the earth when they were created, in the day that the LORD God made the earth and the heavens,
Gen 2:5 And every plant of the field before it was in the earth, and every herb of the field before it grew: for the LORD God had not caused it to rain upon the earth, and there was not a man to till the ground.
Gen 2:6 But there went up a mist from the earth, and watered the whole face of the ground.
Posted by EEreporter at 2/06/2013 12:51:00 AM
Email ThisBlogThis!Share to TwitterShare to FacebookShare to Pinterest

"they uncovered the roof where he was" - New PM Shinzo Abe 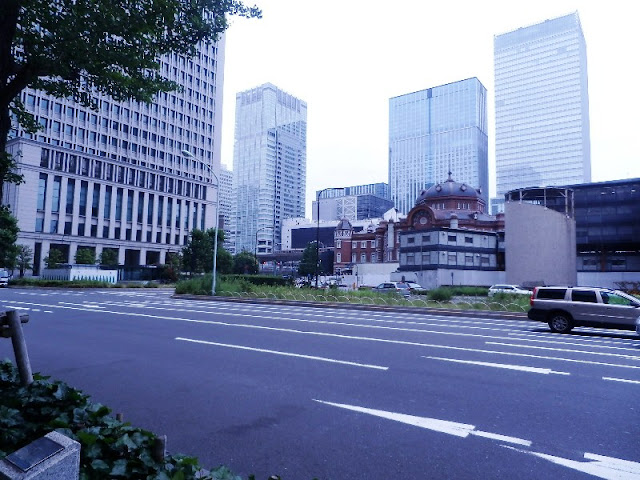 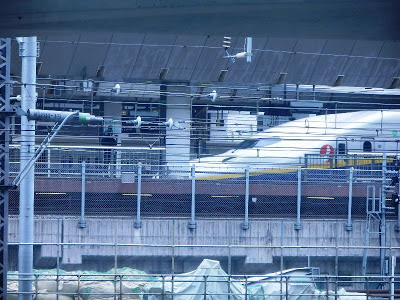 New Prime Minister of Japan Shinzo Abe is turning to be a focus not only in Japan but also in the world.

He was elected as prime minister in 2006 but fell into an illness and resigned in the middle of accusation in 2007.  At the time he was in his early 50s.

Mr. Abe was elected again as president of the conservative LDP last September to win the general election held three months later, in December, to take over power from the labor-union based DPJ and become the 96th prime minister of Japan, though he was once the 90th.  Such a comeback case is rare in Japan especially in competition for the premiership.

Mr. Abe was from one of politically very notable families in Japan.  His grandfather was also prime minister of Japan; Nobusuke Kishi  assumed prime minister office from 1957 to 1960, though this ex-elite bureaucrat of the Empire of Japan had been a state minister of the Cabinet led by prime minister/army general Hideki Tojyo who ordered the Pearl Harbor Attack.  Kishi was even arrested as one of war criminals by the US forces after WWII.

When he was the 90th prime minister of Japan in 2006, LDP politician Mr. Shinzo Abe was labeled as the worst type of Japanese nationalists who had ever assumed the premiership of Japan.  The New York Times and other Western Media which were especially compassionate with China  expressed their discomfort against Mr. Shinzo Abe.  Those Media claimed that Mr. Abe neglected responsibility of the Empire of Japan for tragedies in Asia and the Pacific region during WWII.

Mr. Abe and the LDP intend to revise the Japanese Constitution which imposes strict or too idealistic peace-loving administrative stances and practices on the Japanese Government.  As this Constitution was based on a draft worked out by Americans appointed by General MacArthur who led the Allied occupation forces stationed in Japan after WWII, the conservative or nationalistic camp in Japan want to abolish it and establish a new constitution to be drafted 100% by Japanese.

However, what Japanese voters want PM Abe to do is not such a political reform concerning nationalism or traditionalism.  It is economy.

People understand that the socialistic DPJ having been in charge of the government failed in economy while they had power between September 2009 and December 2012.  Now as the Abe Cabinet clearly holds up their goals, at least for the time being, of combating with deflation continuing since 1990s.  Japanese see Mr. Abe as a leader putting more emphasis on the economy than on nationalism.

Japanese businesses and exporters, including Toyota, which have suffered the too-high yen in these years welcome PM Abe, while Mr. Abe has strongly requested cooperation of the Bank of Japan, which has quickly resulted in a trend reversed in the exchange market and high stock prices in the Tokyo Stock Exchange.

So, if China and North Korea should not challenge Japan with their military capacity, there would be no problems in East Asia, though China is still stupidly pretending to be trying to illegally invade the Senkaku Islands of Japan in the East China Sea.


Mar 2:4 And when they could not come nigh unto him for the press, they uncovered the roof where he was: and when they had broken it up, they let down the bed wherein the sick of the palsy lay.
Mar 2:5 When Jesus saw their faith, he said unto the sick of the palsy, Son, thy sins be forgiven thee.
Mar 2:6 But there was certain of the scribes sitting there, and reasoning in their hearts,
Mar 2:7 Why doth this man thus speak blasphemies? who can forgive sins but God only?
Mar 2:8 And immediately when Jesus perceived in his spirit that they so reasoned within themselves, he said unto them, Why reason ye these things in your hearts?
Mar 2:9 Whether is it easier to say to the sick of the palsy, Thy sins be forgiven thee; or to say, Arise, and take up thy bed, and walk?
Mar 2:10 But that ye may know that the Son of man hath power on earth to forgive sins, (he saith to the sick of the palsy,)
Mar 2:11 I say unto thee, Arise, and take up thy bed, and go thy way into thine house.
Posted by EEreporter at 2/04/2013 02:12:00 PM
Email ThisBlogThis!Share to TwitterShare to FacebookShare to Pinterest
Newer Posts Older Posts Home