"Judge not, that ye be not" - Britain, the EU and the Islamic World 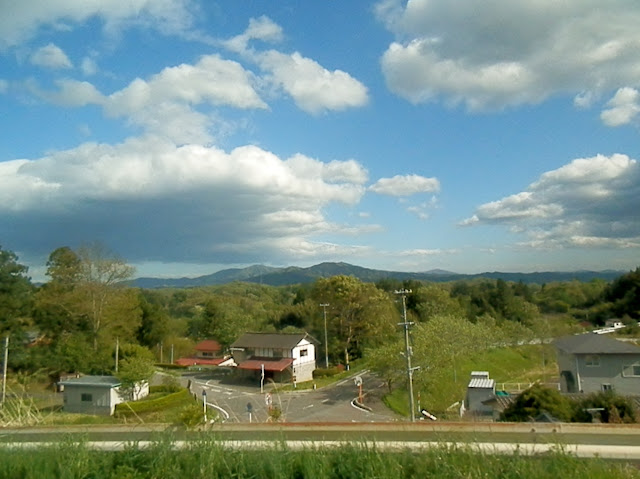 
Britain, the EU and the Islamic World

Today, everybody knows what is going on in Syria, Iraq, Turkey, Gaza, etc. as we have TV sets and Internet-connected devices.  But in older days, people could not see what tragedies were happening in foreign countries.  People living centuries ago were not requested to think about the global peace because they were not given TV sets and Internet-connected devices.  But people living today are given such technological means to see wars, armed conflicts, and other tragedies happening in foreign nations, so that they are responsible for all these situations.

The issue at point is: if we do not fulfill the request, what will happen to us?

According to the teaching of Christ Jesus, if we do not, we will be deprived of what was given to us.

Indeed, Isrealites who lived around Jerusalem in the first century was given the Messiah but did not meet requests posed to them.  So, Jerusalem and their home land were taken away from them.  What was left was Judaists wandering through the territory of the Roman Empire which later became part of Europe.

Truly, the Roman Empire was given the great territory around the Mediterranean and as far as the Great Britain and the Rhine.  Even Christianity was given to the Empire.  So, what was requested of them must have been so great.  But they did not meet the request, so that the Empire collapsed.  And what was left was the Vatican, a pure religious organization dedicated to Christianity.

So, the British people and the continental Europeans must reflect on what has been given to them and what they have given in return.

One of key factors must be of course the ever increasing number of Islamic refugees coming from Islamic regions to European nations.

So, it is not simply a matter between the UK and the EU, but among the UK, the EU, and the Islamic world.

Posted by EEreporter at 7/01/2016 11:59:00 PM
Email ThisBlogThis!Share to TwitterShare to FacebookShare to Pinterest 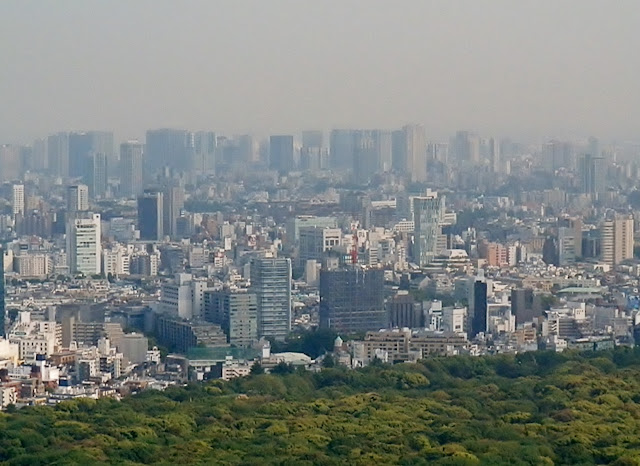 God and the Fates of the World


The big difference between the human species and animals is the ability to think about God or spiritual entities including so called gods and spirits.

But did God decide how everything exists, moves, and changes beforehand?  There are some scientific theories that ultimately we cannot know everything at one time.  Physical phenomena only follow their probabilities of existence, movement, and change.

For example, we cannot even tell where an electron, the most important elemental particle for human science and technology, is in an atom of hydrogen, one of the most important atoms.  We can only tell that an electron is here or there around the proton of the atom at a certain probability.  But, God must know where it is precisely at any moment in the domain with the size of 10 to the minus 10th power meters.

Our cells in the brain or  nerve cells in the head function with existence, movement, and change of electrons around various types of atoms.  That God knows exactly where and how any one electron exists and behaves means that He knows every work of our minds.

And the total work of all the human minds make up this human world.  Therefore, God must know how the human world would change in future.  Or, God can manipulate it perfectly.

But, we assume and believe that we have free will.  We can change our lives by ourselves based on free will.  But, are electrons and atoms in our brains the sources of our free will?

Here, we have to assume the existence of the spiritual world.  And, there also God governs everything.

It means if in the long future mankind obtains ability to perfectly control any electrons and atoms in this universe, like a kind of God, still we are powerless against the spiritual world.

Therefore, we have to obey the God who can control everything including our fates in this world and sources of our free will, our souls and our spirit in the spiritual world.

So, God has made the Englishmen choose leaving the EU beyond expectation of any learnt men in the world just to make human beings more humble.   But for what has God allowed Hillary and Trump to be presidential candidates?  And, why did God allow Hitler take power in Germany before WWII?

To think about God and the fates of the world He set must be the ability that only the human species has in this world different from other living things.


Mat 6:29 And yet I say unto you, That even Solomon in all his glory was not arrayed like one of these.
Posted by EEreporter at 6/29/2016 10:07:00 PM
Email ThisBlogThis!Share to TwitterShare to FacebookShare to Pinterest

"can add one cubit unto his stature?" - Nations against Nations 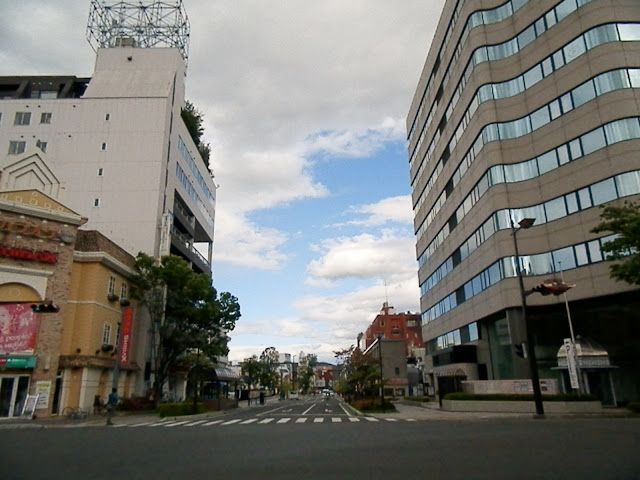 Christ Jesus said that nations would stand against one another when the end of the world came near.

In deed, in the end of WWII, nuclear weapons were invented and exercised on Hiroshima and Nagasaki, Japan, in August 1945.  The scale of their devastating power really alarmed the world.  Just one atomic bomb can wipe out a big city.  Even 100 of nuclear war-headed missiles would destroy all the major cities of the US.  The mankind has really obtained the ultimate weapons to destroy one another in a global scale.  It tells that the end of the world became realistic.  Although the Cold War ended without catastrophic nuclear warfare, some countries in the world have today totally thousands of nuclear war heads.

This era after the Second World War has been still full of cases of wars between nations.  Russia still relies on its military power to address its diplomatic issues; China is clearly leaning to the course of military expansion over the South and East China Seas; Some Islamic nations in the regions from Libya to Afghanistan have been in states of civil wars or domestic armed conflicts; and Some African nations south of those Islamic regions are also in civil wars.

And facing a great number of Islamic refugees fleeing their countries toward the EU nations, the English people have decided to leave the EU and apply strict control on immigration control.

It can be seen as one episode on the trend of the world to the state of protection of each country by itself, rather than by relying on international cooperation.

The UK's situation on staying or leaving the EU, is deeply rooted to the current global situation of global economy from which the Islamic terror is derived.

Indeed as the UK has suddenly decided to leave the UK in the middle of the progress of economic globalization, the end of the world might suddenly come closer.

But Christ Jesus said that those who held fast on their faith till the end would be saved.


Mat 6:27 Which of you by taking thought can add one cubit unto his stature?
Mat 6:28 And why take ye thought for raiment? Consider the lilies of the field, how they grow; they toil not, neither do they spin:
Posted by EEreporter at 6/28/2016 12:09:00 AM
Email ThisBlogThis!Share to TwitterShare to FacebookShare to Pinterest 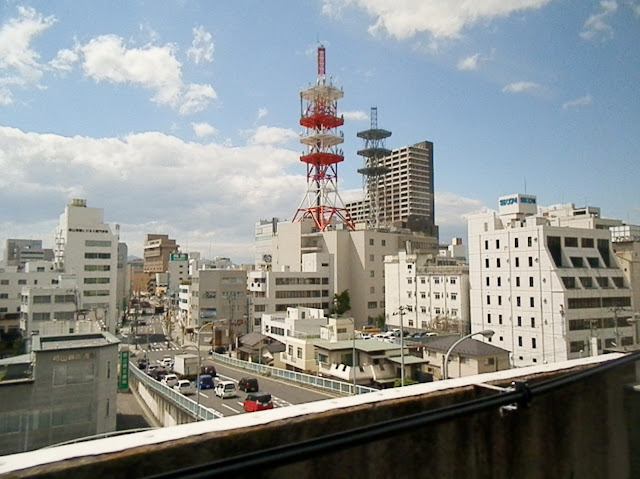 
Christ Jesus said to be kind to foreigners since ancestors of Judaists or Israelites had been once immigrants or foreigners in foreign countries. 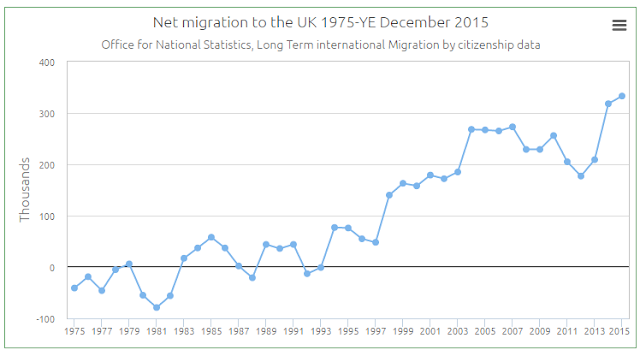 
The UK has population of 63 million, but those who were born outside the UK account for 13% (7.9 million).

Maybe it is time for the English or the general public of Britain to think about what their nation is.

Probably rich Englishmen must have already decided that they could accept poor immigrants as many as possible, since they would not become threats to them but rather they provide cheap labor force.  For them, poor immigrants would just constitute another social class far below their class.

But poor and old Englishmen must face a difficult situation with an increasing number of non-friendly immigrants to them, though they are expected to be kind to foreigners by Christ Jesus.

Ironically, rich Englishmen who don't mind an increasing number of immigrants look like following the teaching of Christ.


Mar 6:26 And the king was exceeding sorry; yet for his oath's sake, and for their sakes which sat with him, he would not reject her.
Mar 6:27 And immediately the king sent an executioner, and commanded his head to be brought: and he went and beheaded him in the prison,
Mar 6:28 And brought his head in a charger, and gave it to the damsel: and the damsel gave it to her mother.
Posted by EEreporter at 6/27/2016 12:24:00 AM
Email ThisBlogThis!Share to TwitterShare to FacebookShare to Pinterest
Newer Posts Older Posts Home