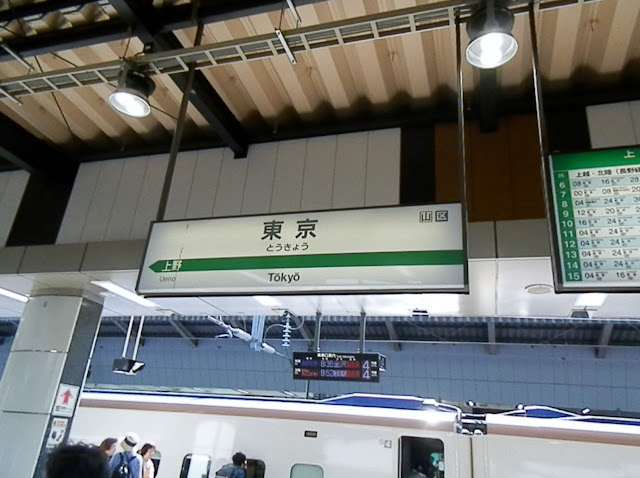 Signals from the Spiritual Universe

Like it, we can see results of our receiving spirits from Heave, another outer universe, in a sense.  We cannot see the source of spirits, which is Heaven.

But nowadays, we are surrounded by so many industrial products.  We see display screens of TV sets and smart phones but not try to get a glimpse of the spiritual universe.  We must be getting dangerously less spiritual.  And, as those high-tech products are manufactured for interest of businesses, they are contaminated by money.  In other word, TV sets, smart phones, etc. might be easily turned to tools of Satan.

So far only the networks of our brain cells can receive signals from the spiritual universe, but the Internet does not.

Posted by EEreporter at 8/12/2016 11:54:00 PM Links to this post
Email ThisBlogThis!Share to TwitterShare to FacebookShare to Pinterest 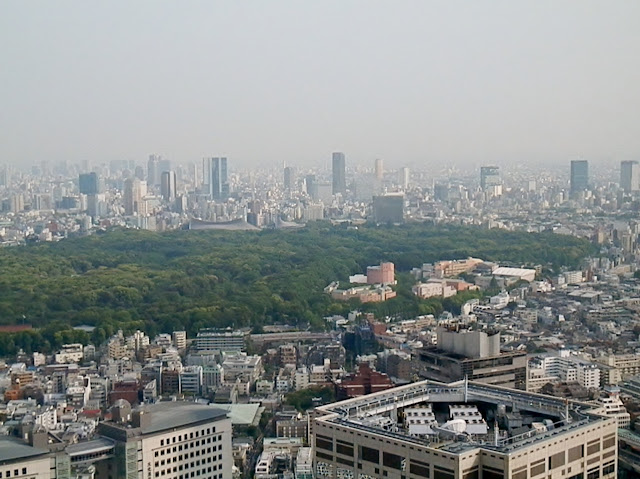 Origin of the Japanese Imperial Family

The origin of the Japanese Imperial Family is not clear.

However in the 5th century, five Japanese kings in series sent missions to a Chinese dynasty at the time.  They claimed in their letters to Chinese emperors of the dynasty that they occupied a half of Japan and a half of the Korean Peninsula.  They requested the Chinese imperial court to authorize them as kings of the territories they had conquered and occupied.   Contents of their letters were recorded in an old Chinese official history book.

And, in the 6th century, the imperial family apparently established their power over a half of Japan with their imperial court set in the Yamato region, east of Osaka and south of Kyoto.  In 607, the then king of Japan sent a mission to the imperial court of the Sui Dynasty of China.  Contents of the letter the mission brought to the Emperor of Sui were also recorded in an old Chinese official history book.  In this official letter, the king of Japan declared that the king of Japan was at the same imperial position as the Chinese emperor on an equal base.   At least, since this period, the Imperial Family continued their uninterrupted history to date.

Put simply, it looked like true that the Imperial Family established their power over a half of Japan in the 5th century as proved by those letters sent by the Japanese kings to Chinese emperors.

And it was in 720 that the first Japanese official history book, Nihon Shoki, was completed with myths and local folk lores included.  And around this time, the king of Japan started to call himself "Emperor" (ten-no), though using different kanji letters than the Chinese word of "Emperor" (ko-tei in Japanese).  Nihon Shoki became the most important material that proved divine authenticity of the Imperial Family, and no other clans or groups of people have successfully challenged this authority to date.

However, according to another Chinese official history book, the Book of Wei compiled in the 6th century, there was a queen in Japan in the 3rd century who lived in the Yamatai country (probably the Yamato region) and controlled northern Kyusyu facing the Korean Peninsula over channels.  At the time, a Chinese dynasty occupied most of the Korean Peninsula, so that the queen tried to ask help from the Chinese dynasty as she was at war with another country in Japan.  As this incident was described in the Chinese official history book, the Japanese history book Nihon Shoki also mentioned this queen called Himiko, but Nihon Shoki did not admit that she was an authentic  queen of Yamato.  They claimed that the Chinese author of the Book of Wei mistook an empress of Japan as Queen Himiko.


The oldest episode about a Japanese king is found in a Chinese official history book called the Book of the Later Han compiled in the 5th century.  The Book told that as a Japanese king had sent a mission to the Han Dynasty, an emperor of Han gave a gold seal to the Japanese king, who was actually called the King of Wa, in AD 57.

Japanese did not leave written records or write history books till Nihon Shoki (and Kojiki, another history/myth book compiled almost at the same time with Nihon Shoki) compiled in the early 8th century, though some books written earlier seem to have been lost.   So, to know situations in Japan, old Chinese official history books should be referred to.  And, according to those Chinese books, the Imperial Family of Japan might be rooted in the King of Wa who lived in the 1st century, in the oldest possible case.

As other evidence of establishment of the Imperial Family of Japan, kings who set their capitals in the Yamato region and around Yamato in the  3rd to the 7th century built huge tomb mounds or mausoleums such as the Nitoku Ryo Mausoleum whose length was 840 m (half a mile), whose width was 654 m, and whose height was 36 m, one of the largest tombs of kings in the world.  In this period, local chiefs also built large huge tomb mounds.  This practice ended after Buddhism was introduced into Japan in the 6th century.   But to construct such huge structures, kings needed strong control over people.  Therefore, it is thought that the Imperial Family established their power base between 3rd and the 7th century.

And, according to the myths, a god came down from Heaven to a mountain in the Hyuga region (Miyazaki Prefecture) in east Kyusyu Island.  And, from Hyuga, the first emperor of Japan Jinmu advanced to Yamato through northern Kyusyu over about 1,000 km distance around 660 BC to establish the Imperial court there.

So, the Imperial Family of Japan is closely linked to the Japanese unique religion Shinto.  The origin of the Imperial Family must be in Shintoism.  Incidentally, even today there are about 100,000 shinto shrines in Japan, including minor ones in small villages and towns. 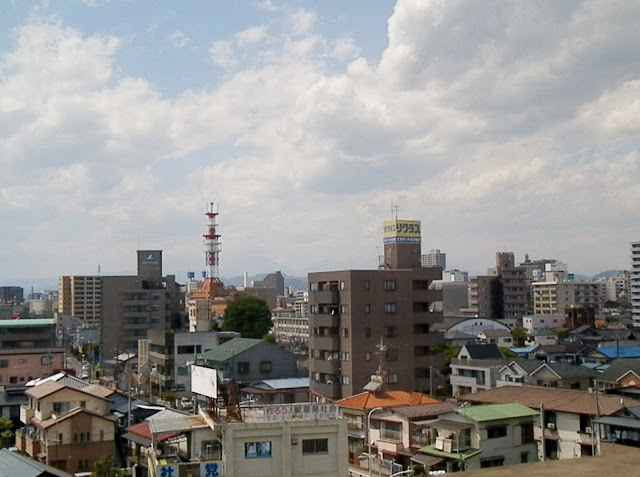 Boy Barefoot Gen in Hiroshima of 1945


There was a famous cartoonist or a manga creator who depicted the tragedy of the Hiroshima atomic bomb.


Barefoot Gen (Hadashi no Gem) is a Japanese manga series by Keiji Nakazawa (1939-2012). Loosely based on Nakazawa's own experiences as a Hiroshima survivor, the series begins in 1945 in and around Hiroshima, Japan, where the six-year-old boy Gen Nakaoka lives with his family. After Hiroshima is destroyed by atomic bombing, Gen and other survivors are left to deal with the aftermath. It ran in several magazines, including Weekly Shōnen Jump, from 1973 to 1985. It was subsequently adapted into three live action film adaptations directed by Tengo Yamada, which were released between 1976 and 1980.
https://en.wikipedia.org/wiki/Barefoot_Gen

This series of comic books have been translated in various foreign languages.

The most heart-breaking matter about the Hiroshima atomic bomb attack is that survivors had to sometimes face discrimination in the Japanese society because the ignorant public at the time thought that victims of the atomic bomb had special disease that might contaminate others.

Especially girls who survived the atomic bomb attack had to conceal the fact that they were among victims.  The public wrongly thought that those girls could not bring sound and healthy babies into life.  For this reason, many women did not file an application to the public office to receive special aid money for atomic bomb attack victims.

The US military did not use atomic bombs in battle fields.  They dropped onto Hiroshima and Nagasaki, big cities of Japan, in the summer of 1945.  And each atomic bomb alone devastated each city.  It suggested future usage of nuclear weapons.  They could destroy easily not only enemy military bases but also large cities and major infrastructures of enemy nations in just one-time launching of attack.  Using nuclear weapons means not only for winning a war but rather for annihilation of citizens in cities of enemy nations.  It is beyond any justification if a war is fought for any material or economic interests.


Now, there is another fear that terrorist might obtain nuclear weapons to use them in cities in Europe or America.  If they should blast a nuclear bomb in a Western city, its impact would be 100 times more than that of the 9/11 Terror of 2011.

So, it is reasonable that President Obama has pursued significant reduction of nuclear weapons in the world if not total abolition.

Today, still there are about 60,000 survivors of the 1945 atomic bomb attack in Hiroshima, whose average age is 80 years or more.  Most of characters depicted in the cartoon work Barefoot Gen must have gone in these 71 years.  However, the lessons learnt from Hiroshima of August 6, 1945, must be alive. 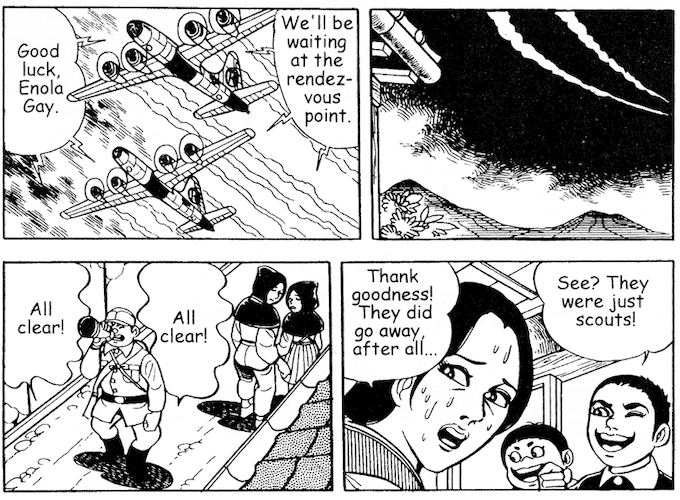 An excerpt from Barefoot Gen Volume 1 of English version
http://www.webdice.jp/topics/detail/4818/


Gen 8:6 And it came to pass at the end of forty days, that Noah opened the window of the ark which he had made:
Gen 8:7 And he sent forth a raven, which went forth to and fro, until the waters were dried up from off the earth.
Gen 8:8 Also he sent forth a dove from him, to see if the waters were abated from off the face of the ground;
Posted by EEreporter at 8/08/2016 12:06:00 AM Links to this post
Email ThisBlogThis!Share to TwitterShare to FacebookShare to Pinterest 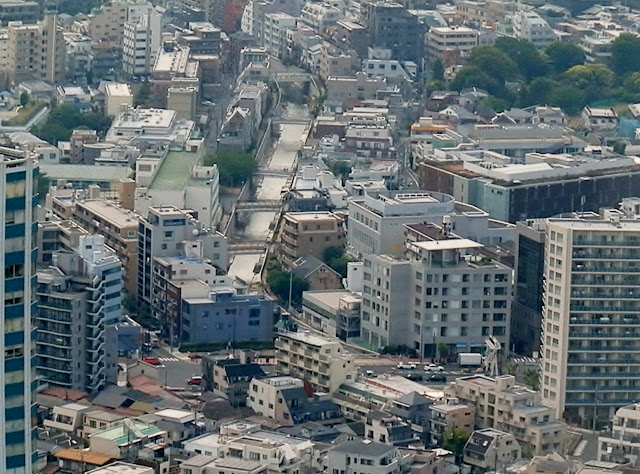 
The Last Mystery in the Universe


The mankind is the only living thing that has ability to think of God or the Creator of this world.

This way of thinking is dangerous, because it means that there is ultimately no value system.  There is no meaning in good and evil, since everything exists ultimately by chance.  Men get born, live and die for nothing.  Whatever they do, there is no authority in the universe that judges them.  In this thinking, everything has relative value, since there is no ultimate value system.  Accordingly, they will do any evil things behind the scene to satisfy their desire.

And, the most reasonable answer is that God created this universe, the solar system, and the earth in order to create human beings thorough development and evolution of the nature of the earth.  It means that you admit that human beings belong to God.  Human being must follow the teaching of God.  And since God teaches men to live good, they will avoid evil things.

But why does God do it?  It is the last mystery of the universe.

Mat 8:5 And when Jesus was entered into Capernaum, there came unto him a centurion, beseeching him,
Mat 8:6 And saying, Lord, my servant lieth at home sick of the palsy, grievously tormented.
Mat 8:7 And Jesus saith unto him, I will come and heal him.
Mat 8:8 The centurion answered and said, Lord, I am not worthy that thou shouldest come under my roof: but speak the word only, and my servant shall be healed.
Posted by EEreporter at 8/07/2016 12:14:00 AM Links to this post
Email ThisBlogThis!Share to TwitterShare to FacebookShare to Pinterest
Newer Posts Older Posts Home