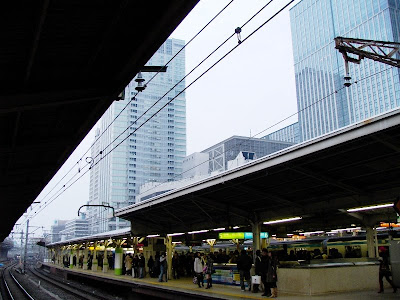 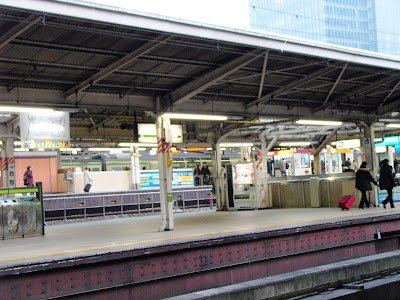 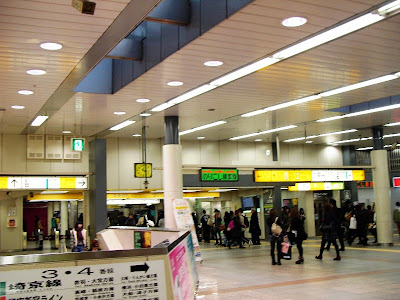 According to a recent survey, Turks who regard Islam as playing a big role in the domestic politics account for 69%, though the ratio was just 45% in 2002.

Even in Bangkok, Thailand, it looks like more and more Muslim women have come to wear a scarf on the street.

Before the Vatican faces critical moment, Muslims seem to venture into a great change, if it is pro-Western or anti-Western way of conduct.

CHAPTER I: China vs. Egypt

The Chinese Communist Government reportedly took stern action to disable some search-engine input in the Internet with terms such as "Egypt," "Mubarak," "Change," "Ben Ali," etc. in order to prevent an influence of the Islamic revolution from reaching China.

This is a real state of a country that has reportedly replaced Japan as the world No.2 country in terms of GDP.

Yet, some elites in the U.S. and the U.K. are still praising China so much, since China has reportedly replaced Japan as the world No.2 country in terms of GDP.

Chinese elites look worse than oppressive rulers in Egypt and other Islamic nations. Anglo-Saxon elites might be as bad as Chinese.

1) Panasonic, a Japanese electronic giant, has become world No.1 in terms of the number of patent applications submitted to the patent office as a private company, though the company was No.1 in the year before last, too.

3) Tomorrow full-scale snow falling is expected in the Pacific coastal areas of Japan, including Tokyo Prefecture.

One Arab Muslim lived in Kyoto, Japan, 600 years ago.

He came to Japan following Japanese Buddhist monks who studied in China and then came back to Japan.

He was called "Hishiri." Hishiri married a Japanese woman to have two sons. One of them, called "Musuru" was hired by the then samurai shogun Ashikaga Yoshimochi. Musuru got in charge of trade with China, the Ming Dynasty, and navigation matters. He lived to be 93 years old and die in 1486. (http://www2.dokidoki.ne.jp/racket/isuramu_shi_01_03.html)

Today, it is believed that Hishiri is the first Arab and Muslim that has ever lived in Japan.

A Japanese foreign aid worker in Sudan has his blog site.

Last year he reported how rice farming is studied and tried in Sudan with help from the Japanese Government and the Japan International Cooperation Agency (JAICA).

JAICA has been working in Sudan since 1970's.

The picture below shows a rice field in Sudan cultivated with aid from Japan. 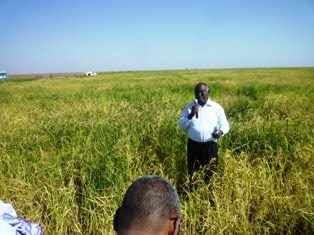 
The business climate in America is always a big concern for the Japanese media and business people.

It is true that American consumers who buy Japanese goods and products are one of major factors that have a critical influence on Japanese economic conditions.

It was not failures on Wall Street that hit hard the Japanese economy but a sharp decline in sales in the American market that made Japan plunge into recession since late 2008. However, it is apparent Japan cannot rely on liberal spending of American consumers any more. Americans should not enjoy a life of luxury, and Japanese should not rely on export to the U.S.

So, Japanese export to China has surpassed its export to America, though it is a little easy change (Asia accounts for 55% among destinations of Japan's export). Yet, the state of unemployment in the U.S. is a big concern for the Japanese media and business people.

The unemployment rate (9.0 percent) declined by 0.4 percentage point for the second month in a row. The number of unemployed persons decreased by about 600,000 in January to 13.9 million, while the labor force was unchanged.


Mar 2:9 Whether is it easier to say to the sick of the palsy, Thy sins be forgiven thee; or to say, Arise, and take up thy bed, and walk?

Mar 2:10 But that ye may know that the Son of man hath power on earth to forgive sins, (he saith to the sick of the palsy,)