"Out of Egypt have I called my son" - Kenzaburo Oe 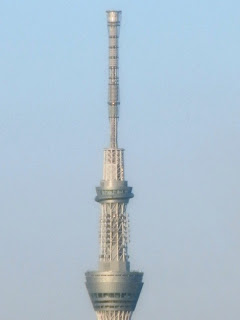 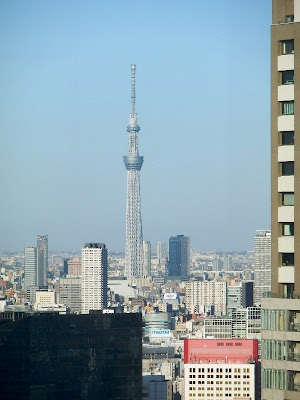 Kenzaburo Oe
Mr. Kenzaburo Oe, one of the two Japanese authors who won the Nobel Prize for literature, is against use of nuclear energy for generation of electricity since he is against militarism.

By chance, the day before the earthquake, I wrote an article, which was published a few days later, in the morning edition of the Asahi Shimbun. The article was about a fisherman of my generation who had been exposed to radiation in 1954, during the hydrogen-bomb testing at Bikini Atoll. I first heard about him when I was nineteen. Later, he devoted his life to denouncing the myth of nuclear deterrence and the arrogance of those who advocated it. Was it a kind of sombre foreboding that led me to evoke that fisherman on the eve of the catastrophe? He has also fought against nuclear power plants and the risk that they pose. I have long contemplated the idea of looking at recent Japanese history through the prism of three groups of people: those who died in the bombings of Hiroshima and Nagasaki, those who were exposed to the Bikini tests, and the victims of accidents at nuclear facilities. If you consider Japanese history through these stories, the tragedy is self-evident. Today, we can confirm that the risk of nuclear reactors has become a reality. However this unfolding disaster ends—and with all the respect I feel for the human effort deployed to contain it—its significance is not the least bit ambiguous: Japanese history has entered a new phase, and once again we must look at things through the eyes of the victims of nuclear power, of the men and the women who have proved their courage through suffering. The lesson that we learn from the current disaster will depend on whether those who survive it resolve not to repeat their mistakes.
...
I was ten years old when Japan was defeated. The following year, the new Constitution was proclaimed. For years afterward, I kept asking myself whether the pacifism written into our Constitution, which included the renunciation of the use of force, and, later, the Three Non-Nuclear Principles (don’t possess, manufacture, or introduce into Japanese territory nuclear weapons) were an accurate representation of the fundamental ideals of postwar Japan. As it happens, Japan has progressively reconstituted its military force, and secret accords made in the nineteen-sixties allowed the United States to introduce nuclear weapons into the archipelago, thereby rendering those three official principles meaningless. The ideals of postwar humanity, however, have not been entirely forgotten. The dead, watching over us, oblige us to respect those ideals, and their memory prevents us from minimizing the pernicious nature of nuclear weaponry in the name of political realism. We are opposed. Therein lies the ambiguity of contemporary Japan: it is a pacifist nation sheltering under the American nuclear umbrella. One hopes that the accident at the Fukushima facility will allow the Japanese to reconnect with the victims of Hiroshima and Nagasaki, to recognize the danger of nuclear power, and to put an end to the illusion of the efficacy of deterrence that is advocated by nuclear powers....

Existentialism claims that "the human being—through his consciousness—creates his own values and determines a meaning for his life because, in the beginning, the human being does not possess any inherent identity or value. By posing the acts that constitute him, he makes his existence more significant." ( http://en.wikipedia.org/wiki/Existence_precedes_essence )

And, politically, especially in Japan after WWII, this philosophy has extended to pro-Chinese and pro-North Korean attitudes.  Mr. Oe is one of those prominent liberal/progressive or leftist pundits or intellectual celebrities in Japan.

Some intellectual people of Japan, especially authors and professors, after WWII enjoyed American-style freedom and democracy the U.S. introduced into Japan. It was a result of a backlash against the extreme militarism and totalitarianism exercised in the Empire of Japan during WWII.  During WWII, no socialism and communism are allowed to be followed or expressed by Japanese people.  Strong militarism centered around shintoism and the Imperial regime governed total spiritual domains of the Japanese people during WWII.  No freedom of expression and ideology existed since Pearl Harbor Attack in the Japanese society.  Every spiritual and material resource of the Empire were dedicated for the all-out war against the U.S.  But, this suffocating state of the society ended as the Empire of Japan surrendered to the U.S. after the Hiroshima/Nagasaki atomic bomb attacks.  Then, American-style freedom and democracy were introduced into Japan by the U.S. that occupied Japan for seven years since August 1945.  Accordingly, some intellectual people of Japan, especially authors and professors, came to enjoy freedom of ideology.  Socialists and communists were elected as parliament members.  Even the literary arena came to be filled with leftist authors one of whom was Mr. Kenzaburo Oe.

Now, "who would owe his/her present or future success to the Fukushima Daiichi nuclear accident?" I wonder.


Mat 2:15 And was there until the death of Herod: that it might be fulfilled which was spoken of the Lord by the prophet, saying, Out of Egypt have I called my son.
Mat 2:16 Then Herod, when he saw that he was mocked of the wise men, was exceeding wroth, and sent forth, and slew all the children that were in Bethlehem, and in all the coasts thereof, from two years old and under, according to the time which he had diligently enquired of the wise men.
Mat 2:17 Then was fulfilled that which was spoken by Jeremy the prophet, saying,
Mat 2:18 In Rama was there a voice heard, lamentation, and weeping, and great mourning, Rachel weeping for her children, and would not be comforted, because they are not.