Be a Part of Good News 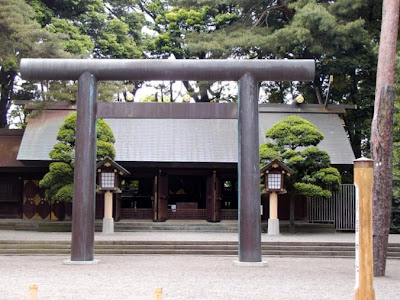 
If French President Mr. Nicolas Sarkozy has his fatal weak point held by French Media, it is no surprise at all.

But, if the media took him not properly covered with his clothes into a picture, modified it to look better, and actually made it public worldwide for whatever reasons, it leads to suspicion to key factors of his success.

Indeed, the media has a strong influence on public opinions.

If the media frankly reports what really goes on in the highest-class residential area in Beijin where only the families of top Chinese Communist Party leaders are allowed to live, I suppose there will be another Chinese People's Revolution.

Conversely, if Mr. Bill Clinton had controlled the U.S. media like Chinese Communist Party, he could have been respected more globally from the bottom of heart as a true devoted husband. Then his wife would not have to run for the US Presidency for herself.

Indeed, the media has a strong influence on public opinions.

A former Italian Prime Minister was also well known for his success in the media business which Mafia also seems to be highly interested in.

The Italian media really seems to like to be blind to Mafia and the Vatican, two hidden major underground financial powers.

(As for England, they are now importing Japanese Shinkansen trains to show some respect to Japan.
http://observer.guardian.co.uk/uk_news/story/0,,2151900,00.html#article_continue )
* * *

In Japan, there are two key weekly magazines acting like an opinion leader in the society.

The "Shu-kan Shin-cho" and The "Shu-kan Bun-shun" have together launched attacks on Japan's Defense Minister Ms. Yuriko Koike in their latest issues.

She has recently decided to force her undersecretary to resign. The undersecretary has been in his position for almost four years, which is extraordinarily long, departing from tradition.

But, the undersecretary has actually rejected her request and started to ask influential politicians for help.

Then the two major weekly magazines of Japan have started to attack Defense Minister Ms. Yuriko Koike, trying to harm her personality and reputation.

She is also a lawmaker of the Japan's National Assembly as she was elected by public vote.

And, of course, the Japan's Constitution admits superiority of a minister to an undersecretary. Especially, as it is the Defense Department, the move of the undersecretary has presented a bad example of resisting the formal chain of command.

Nonetheless, the two major weekly magazines of Japan have started in concert to attack Defense Minister Ms. Yuriko Koike, trying to harm her personality and reputation.

I saw their advertisements on a newspaper. I just saw titles of articles of those magazines. I felt sick. I would not buy these magazines for some time.
* * *

There was one scene televised, however, controversial about Defense Minister Ms. Yuriko Koike's attitude when she was appointed to the minister a month ago or so.

She handed to an officer of the Government her clothes she just exchanged for her imminent attending the nomination ceremony before the Emperor. But, the officer was male. He might have felt very uncomfortable. She should have asked a female officer to carry her clothes to a car or her own office.
(http://blog.mag2.com/m/log/0000169422/108727330.html)
* * *

Now you know that the media is very influential, good or bad.

You do not need nuclear bombs to inflict major nations, but you have to control major global media.

Even China may be now learning a lesson in terms of the contaminated products export.

But, of course, when they start to make fun of a servant of God, it will be a fatal situation for the media.


(You had better become a servant of God, too, even as a countermeasure against bad media companies, some of which would really try character assassination as has been shown in the recent case involving Japan's Defense Minister.

Indeed, you had better get prepared, if you are younger than Ms. Koike who does not, though, look so old to me at all.)


"...When Jesus came down from the hill, large crowds followed Him..."