"the LORD had said unto Abram" 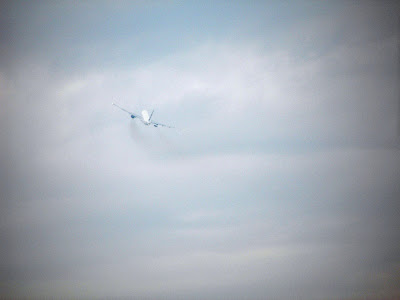 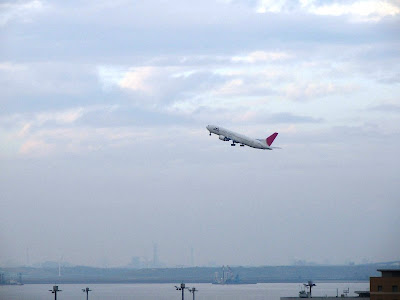 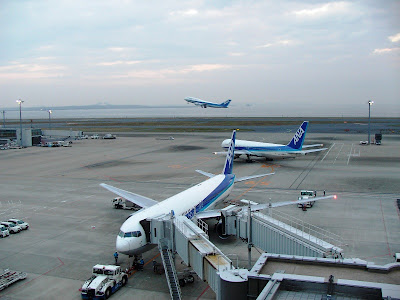 
Any Light in War if Not Holy One?
(Ombre et les ombres de la guerre)


There is a bad joke in Japan.
A Japanese nuclear power plant was originally designed by American engineers. When one of them visited Japan to check the plant, he happened to experience an earthquake. Accordingly, the American shouted, "What is this? What have you here?"

(The fact is that all the Japanese nuclear plants are built so as to meet the mandated standards to withstand temblor, thus showing no earthquake-related accidents and major damage in the past despite some earthquakes actually happening around the sites since the start of operation in 1963.)

In Sicuan Province of China, it is said that "At least one of China's nuclear military bases is located in Mianyang City, Sichuan, near the epicenter." But, the Chinese Communist Government has not reported any accident or damage or otherwise seismic safety of nuclear facilities.

To decrease emission of CO2, China and other developing countries are busy building nuclear electric plants; and makers of Japan, South Korea, America, etc. are trying hard to secure orders.

Yet, anything involving nuclear material might be more dangerous than classic war as observed even in North Korea.

As the U.S. had to deploy its naval fleets in both the Pacific Ocean and the Atlantic just like today, the Empire of Japan did not have to possess equal numbers of major types of ships to those of the U.S. Navy to defend its influential domain from America.

But, beyond 1941, it was expected that the U.S. would drastically increase the number of naval ships it could command in the Pacific Ocean.

If the Japan-China War since 1937 did not end in a year or two, Japanese generals thought in 1941, the Empire would have to face more threatening American aggression in several years. At the time, say probably in 1946, the gap in naval power between the Empire and the U.S. would be further widened.

The Empire would have a narrower chance of containing the U.S. power and influence in the Pacific Ocean and East Asia as time went by. In addition, because the U.S. and the Netherlands (Indonesia) imposed embargo of crude oil to the Empire and froze Japanese assets in the U.S. in 1941, a decision for unfavorable concession or risky war was requested to be made as early as possible (while the U.K. seemed to have no chance to win Germany).

The Empire of Japan had strong reasons to take up Chinese military challenges in the Chinese continent, based on its samurai justice and historical cause. It was impossible to accept the American request for the Empire to immediately withdraw its troops out of China, thought Japanese generals. Again, the Empire would have a narrower chance of containing the U.S. power and influence in the Pacific Ocean and East Asia as time went by.

If the Imperial Navy destroyed the U.S. Pacific fleet at this moment of 1941, Japanese general thought, it would have taken several years for America to rebuild its presence in the Pacific again. In the meantime, the Imperial Army would occupy Indonesia to get oil fields to supply fuels for Imperial planes and ships. And, in the meantime, the Imperial Army would finally force China to surrender, which would put an end to the American tough policy on the Empire ascribed to the Japan-China War.

So, the Imperial Government decided to open war with the U.S., the U.K., the Netherlands, and other Western powers except Germany, Italy, the USSR., etc.

It was not for occupying Hawaii, California, or any part of the U.S. permanently. But, the Pearl Harbor attack was designed to take time, since the expected final victory over China would even settle the matter between the Empire and the U.S.

By 1946, China would surrender to the Empire of Japan; even if at the time the U.S. should recover its naval capability in the Pacific Ocean after its expected loss in Pearl Harbor and so on, China could not be the reason for continuing the war between the two big players over the Pacific Ocean, so thought Japanese generals in 1941.

But, nobody in America shouted, "Pearl Harbor was attacked due to China!" in the wake of the so-called surprise attack.

It is more important to save human beings in Iraq and Afghanistan than whales and dolphins living in the sea which the God created for human beings.

Ghazi reported that in Fallujah, which bore the brunt of two massive U.S. military operations in 2004, as many as 25 percent of newborn infants have serious physical abnormalities. Cancer rates in Babil, an area south of Baghdad, have risen from 500 cases in 2004 to more than 9,000 in 2009. Dr. Jawad al-Ali, the director of the Oncology Center in Basra, told Al Jazeera English (10/12/09) that there were 1,885 cases of cancer in all of 2005; between 1,250 and 1,500 patients visit his center every month now. — 'The New 'Forgotten' War' By Dahr Jamail, 15 March, 2010
...
Even the BBC was forced to acknowledge the reality (Listen:'Child deformities 'increasing' in Falluja' 4 March, 2010). True to form I searched the BBC Website in vain for the video clip I watched last week, so you are spared the horrific scenes I witnessed, recorded in Fallujah's main hospital. Had this been Saddam's legacy, we would have seen images like the one above endlessly repeated in the mass media, complete with UN resolutions and the like."
...
Terry Jemison at the U.S. Department of Veterans Affairs stated in August 2004 that over 518,000 Gulf-era veterans (14-year period) are now on medical disability, and that 7,039 were wounded on the battlefield in that same period. Over 500,000 U.S. veterans are homeless.

In some studies of soldiers who had normal babies before the war, 67 percent of the post-war babies are born with severe birth defects – missing brains, eyes, organs, legs and arms, and blood diseases.

It is so since the U.S. and NATO members have reportedly used 1,500 tons of depleted uranium in Iraq and 500 or 1,000 tons in Afghanistan, according to another source.

Note that uranium is 2.4 times heavier than iron per unit volume, making it ideal for a bullet.


I happened to see a French detective movie titled "Angeles of Apocalypse" on a cable TV channel.

Then, I found that the Maginot Line had many ponds along it, though it could make the underground defense line inundated.

Indeed, people and governments have spent huge money for useless military installations even as public work implemented as a measure against unemployment.

Anyway, we still need a peaceful Christmas story, such as peaceful departure of Abram from Mesopotamia while one great kingdom of early urban civilization was falling and fading away...

"MCRD Parris Island is used for the training of enlisted Marines. Male recruits living east of the Mississippi River and female recruits from all over the United States report here to receive their initial training.---Wikipedia")

Gen 12:1 Now the LORD had said unto Abram, Get thee out of thy country, and from thy kindred, and from thy father's house, unto a land that I will shew thee:

Gen 12:2 And I will make of thee a great nation, and I will bless thee, and make thy name great; and thou shalt be a blessing:

Gen 12:3 And I will bless them that bless thee, and curse him that curseth thee: and in thee shall all families of the earth be blessed.