"if ye forgive not men their trespasses" - (China Warning) 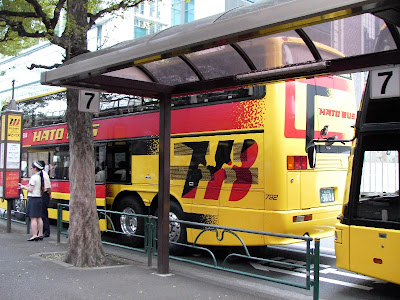 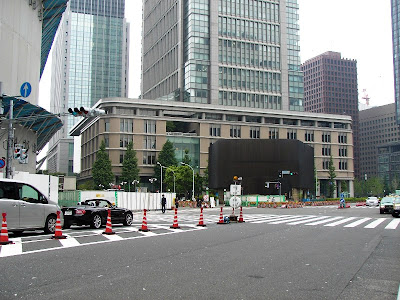 With the Internet companies like Yahoo! having the power to access anyone's email and also maintaining a strong relationship with China and their police when it comes to censorship, the Chinese citizens are not safe on line.

For example in Japan the financial trouble in the Government balance sheet can be solved by discarding 20% of the poor and increasing tax by 20%. However, as Japan is the democratic country, such a policy cannot be implemented due to strong objections from voters who last year actually denied PM Mr. Naoto Kan and his tax increase scheme in the Upper House election.

But, in China, it can be simply implemented by the dictatorial regime. They can spare costs for democracy, environmental protection, human rights, interest of the weak, chances for minor businesses so as to invest heavily into advantageous businesses in its industry for expanding economy and GDP. So, unlucky 20% of the Chinese people can be simply neglected and a virtual 20% tax is imposed on the weak members in the society. And, to control 200 million poor and unlucky farmers and workers being neglected, the Chinese Government restrict their free access to information via the Internet.

As long as China is good for rich Americans and big American businesses, such as GM, Wal-Mart, and Wall Street companies, as well as for Japanese stakeholders, this state of controlling people would continue in China.

In this context, rich people in the U.S. and Japan are virtually helping the Chinese Communist Party prohibit Chinese citizens from searching something over the Internet using a keyword "democracy" or "justice."

There have been so many reports on riots in China in the various Media sites. However, what's going on in the Chinese society deep in the despotic state is still unknown, while the number of riots is said to be 100,000 per year in China.

BEIJING June 1, 2011, 07:30 am ET
China has responded to more than a week of surprising protests in Inner Mongolia with its well-honed strategy: deploy overwhelming force, keep potential protesters from gathering and pledge to address at least some grievances.
http://www.npr.org/templates/story/story.php?storyId=136739190

BEIJING -- Chinese state media says that 156 people have been killed in violent riots in the country's western Xinjiang region.
http://www.huffingtonpost.com/2009/07/05/muslim-minority-riots-eru_n_225978.html

The riots in Xinjiang
Is China fraying?
Racial killings and heavy-handed policing stir up a repressed and dangerous province
Jul 9th 2009 | BEIJING, KASHGAR AND URUMQI

IT BEGAN as a protest about a brawl at the other end of the country; it became China’s bloodiest incident of civil unrest since the massacre that ended the Tiananmen Square protests 20 years ago.
http://www.economist.com/node/13988479

June 30, 2008
Police in Weng'an, China, have detained hundreds of people for allegedly setting fire to police and government buildings in an outburst of anger over the suspected police cover-up of a teenage girl's death.
http://www.npr.org/templates/story/story.php?storyId=92043803

Chinese Troops Mobilize in Provinces Near Tibet
by LOUISA LIM

March 21, 2008
Chinese authorities issued pictures of the 21 most wanted men in connection with last week's violent riots in Lhasa, Tibet. China says 16 people died in the rioting, while Tibetan exile groups say 99 people have been killed. In Lhasa, intrusive house-to-house searches have been taking place, according to Georg Blume, a German reporter from Die Zeit.
http://www.npr.org/templates/story/story.php?storyId=88772857

People in the south-western city of Chongqing fought riot police after a flower-seller was attacked by a policeman.
...
Chongqing is the world's fastest growing conurbation and has been the site of violence before. In November 2005, police put 20 strikers in hospital while breaking up protest against lay-offs by 10,000 workers from a state steel factory. In 2004 there was massive rioting after massive job losses were caused by the Three Gorges dam project. Entire districts of the city were closed and moved with at least 47,000 jobs lost as a direct result.
http://libcom.org/news/china-riots-against-police-brutality-11062007

By Ching-Ching Ni, Los Angeles Times Staff Writer
BEIJING — During a recent family planning drive, villagers say, officials chased people down the streets and into the fields of a southern province searching for violators of China’s one-child policy.
...
Over the weekend, the peasants had finally had enough. As many as 3,000 people in several counties of Guangxi province clashed with police, Chinese state media confirmed Wednesday, some burning government buildings and overturning cars to vent their anger. Twenty-eight people were detained, according to the New China News Agency.
http://chinaview.wordpress.com/2007/05/24/forced-abortions-under-chinas-one-child-policy-spurs-riots/

December 10, 2005
Deaths resulted as Chinese paramilitary police and anti-riot units responded to violent protests in Dongzhu. Farmers and fishermen say the goverment has unfairly seized their land for a power plant.
http://www.npr.org/templates/story/story.php?storyId=5047573

July 20, 2005
Police have completely sealed off the town of Xinchang about 200 miles from Shanghai, after a weekend riot outside a pharmaceutical plant. As many as 20,000 Chinese farmers forced the plant in Eastern China to close. They were protesting the pollution of the local area by the outflow of the factory.
http://www.npr.org/templates/story/story.php?storyId=4761879

November 29, 1998
Independence also is the issue in China''s western-most province of Xinjiang (shin-JANG). It''s been the site of periodic bombings, riots and other disturbances by Muslim Uyghurs (WEE-gurrs), the predominant ethnic group in the region. The Uyghurs (WEE-gurrs) want the province to be granted independence from the rest of China, but the goverment is against it. NPR''s Mary Kay Magistad reports from the city of Yining (EE-ning), China.
http://www.npr.org/templates/story/story.php?storyId=1000252

Tokyo Electric Power Company estimates damages to pay for evacuees and other victims of the nuclear accident to be around $120 billion (10 trillion yen). As a source for the money, TEPCO plans to raise an electricity rate by 16% from fiscal 2012. It will be an increase in expenses by $12 (1000 yen) per month for a household.

Some Japanese criticize TEPCO, since the utility company is behaving like a perpetrator who is further extorting money from victims to pay damage reparation to the victims.

To defend TEPCO, it is GE that is truly responsible. GE did not change the design of nuclear reactors they sold to TEPCO 40 years ago, though the design must have been modified so as to make them befit the Japanese environment full of earthquakes and a possibility of a big tsunami.


Mat 6:15 But if ye forgive not men their trespasses, neither will your Father forgive your trespasses.